A powerful and shocking narrative of the Maidan revolution 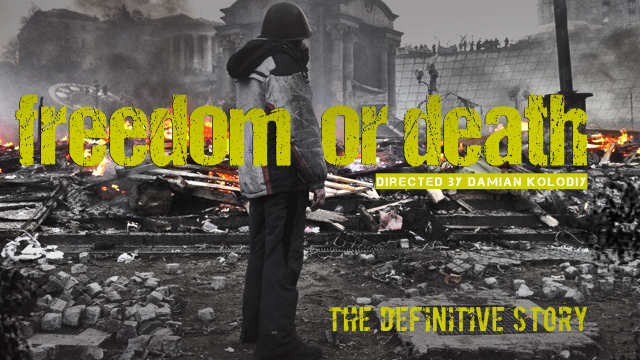 The most detailed and shocking film on the events culminating in the Maidan Square battles. Ukrainian-born filmmaker Damien Kolody travelled to his homeland to document the violent insurrection from the streets, chronicling the extreme chaos engulfing Ukraine in a remarkable and intense narrative. With exhaustive research and a powerful unseen archive, this doc will go down in history as the definitive narrative of the Maidan revolution.

"This is what freedom looks like", exclaims a protester, gesturing at rubble and burnt out cars surrounding her. She stands in Maidan Square, the main square in Kiev and the epicentre of the violent Ukrainian Revolution. Beginning in 2013 as a peaceful protest against the corrupt and Russian-backed President Yanukovych, the Kiev demonstrations erupted into a violent revolution after a brutal police crackdown.

Damien Kolody ventures to the frontline of the uprising to explore its origins and its potential consequences for the people of Ukraine. With meticulous journalistic rigour; never before seen archive footage and candid interviews with those driving the revolution, his remarkable film exposes the shocking truths behind this definitive moment in European history.

As the people of Ukraine go to war to define their future, Kolody witnesses first hand the shocking brutality of both sides, and the increasingly violent involvement of Putin's Russia in dictating the course of the conflict, using what he describes as "brutal acts of terror that were being sanctioned by the state". "They're not fighting for any particular politician. They're fighting for the future of their country; for what they believe is freedom", he explains. As the violence unfolds just before the lens, Kolody's camera focuses right in on the heart of the insurrection, and with exhaustive detail his captivating film picks apart every facet of the uprising.

Amongst the many films to have emerged in the wake of the Ukrainian uprising, Kolody's work stands apart in its meticulous investigation and journalistic precision. His film deserves to be regarded as the definitive account of the revolution; an exhaustive and fascinating portrait of a people at war. WATCH MORE.
JOIN THE DISCUSSION
FULL SYNOPSIS 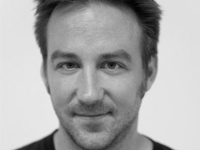 Sean P. Murphy is a New York City based videographer and editor. 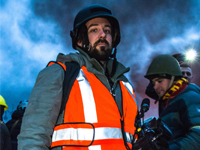 When pro European demonstrations in Kyiv, Ukraine's central square began to snowball in late 2013, Ukrainian-American filmmaker Damian Kolodiy knew he had to fly from New York to Kyiv and film a sequel to his first documentary, the award winning "The Orange Chronicles", which focuses on Ukraine's Orange Revolution. The ensuing film, "Freedom or Death" continues to chronicle revolutionary events on Kyiv's Maidan square through Kolodiy's unique personal narrative and perspective.