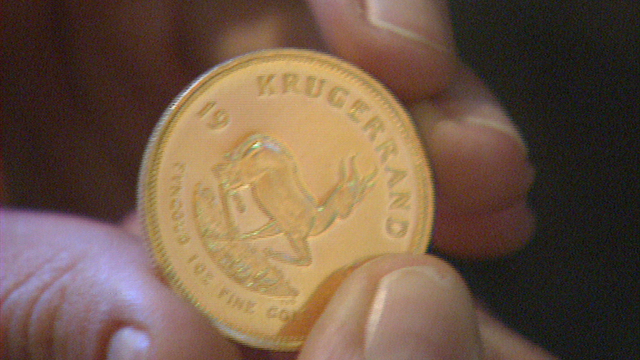 Gold prices are going to hell and they’re taking South Africa along for the ride.

The dark air closes in as we descend 3km into the earth. This world of half-lit figures and ear-splitting noise is far from pleasant, but for South Africa’s 250,000 miners this is the only way to make a living. Gold sustains them as it has sustained international economies. But not any longer. Gold has lost its mythical lustre as the unique store of value. With booming currencies and stocks gold is no longer the most profitable way for central banks to hold reserves. At the East Rand goldmine this cold reality has hit. The rapt faces of miners contort in despair as union leaders announce the mine’s closure. Back in the gold fields, families gather to mourn the loss of 19 men in an underground gas explosion. Tragic as it is the lives of these miners may be little compared to what the collapse of gold mining could do across South Africa. “Death will be the result of this retrenchment [from] the diseases of poverty,” warn industry leaders. If selling gold reserves remains economically prudent South Africa faces ruin. Produced by ABC Australia
FULL SYNOPSIS
TRANSCRIPT