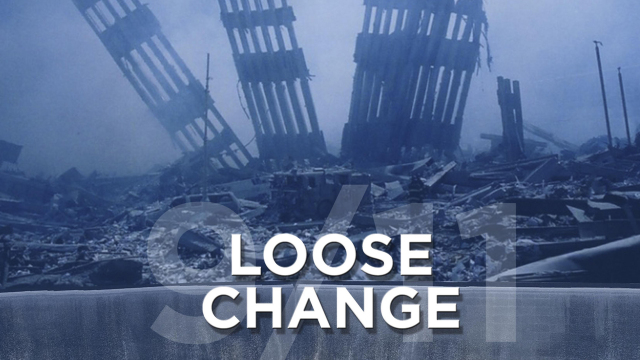 September 11th, 2001. An event and a day many will never forget. However nearly 16 years on, for many the attack on New York's twin towers did not occur in their lifetime, but have become just a footnote in a new history book. Loose Change challenges the official record, proposing a far more disturbing truth. Combining the four existing editions and with new unseen footage, this updated version of the film will challenge your perceptions: whether you believe it or not, you are unlikely to ever see a more thought-provoking film. Narrated by Daniel Sunjata of FX's "Rescue Me" with an original score by Mic Cartier.

Ten years on from its original release, the fifth edition of Loose Change comes complete with new, unseen footage, new narration and a crafted soundtrack. Whatever your perspective on one of the most controversial conspiracy theories of all time, Loose Change has become a slick, professional documentary. It's provocative and whatever your perception, it's challenging and thought provoking. Loose Change presents the controversial theory that the towers were not brought down by global terrorists but in fact by sources much closer to home, and that the attacks of 9/11 were a carefully orchestrated and cynical act, designed to drive America to war for economic gain. Since its first release, the film has proven to be one of the most polarising works of documentary in recent memory. It's been viewed by many millions and arouses American emotions like no other. "He said 'man this is it, this stuff blows up...this stuff goes off with more energy than has been reported.'" explains Dr Steven Jones, describing the moment he and his colleague discovered what they believe to be irrefutable proof of explosive material in the towers. Dr Jones is part of a growing number of experts adding his voice to those challenging the official record of events of 9/11. Jones believes the towers were not just brought down by planes, but also by secret explosives. "Ask Questions, Demand Answers!", chant the swathes of protesters gathered outside Ground Zero. In recent years the governmental account of 9/11 has come under increasing scrutiny, as commentators repeatedly claim to expose serious inconsistencies in the official course of events. Understandably, the debate is hugely heated, on both sides of the argument. The attacks on 9/11 took the lives of almost 3,000 civilians. Whatever your impression of the events of 9/11, this film remains an important and worthwhile document in the collective search for truth. LEARN MORE
WATCH MORE
JOIN THE DISCUSSION
FULL SYNOPSIS