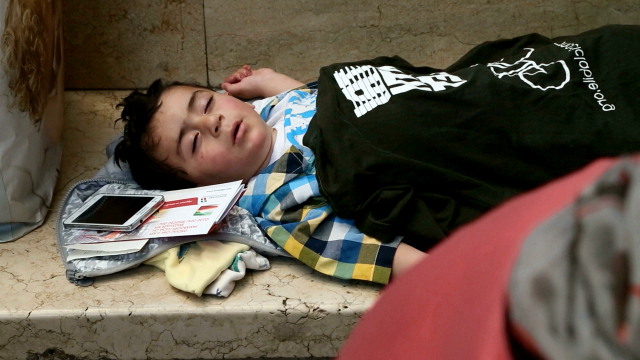 The rapid influx of refugees from conflict areas such as Syria has overwhelmed European countries. The German government says they're welcome - but how are the refugees coping with their new lives?

"Sometimes when I'm walking in the street, people look at me in a bad way and say bad words in German", says Muhammad Ismail, who's been settled in Hoyerswerda, a region that's seen recent attacks on refugee housing by violent mobs of Neo-Nazis. At rallies in Dresden, there's praise for Australia's asylum policy of turning back the boats. "Instead of accepting them", says Jens Baur from the far right NPD party, "they send them back home".
FULL SYNOPSIS
TRANSCRIPT