Children Of The Caliphate 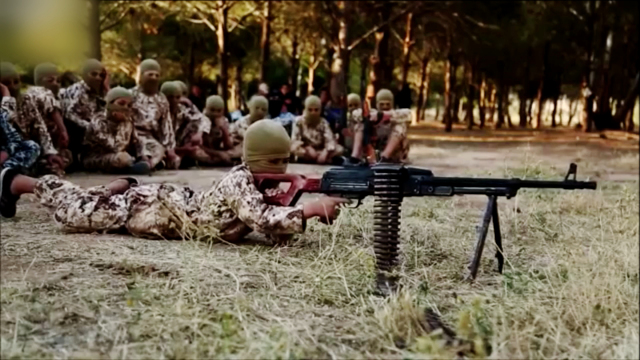 This shocking report reveals how in Syria and Iraq ISIS are systematically recruiting children as young as eight to become soldiers and suicide bombers, exacting brutal punishment on those who defy them.

Through brutal intimidation and intensive indoctrination, children throughout Iraq and Syria are being transformed into soldiers and suicide bombers. "The youngest I saw do an operation was 8 years old", recounts 14-year-old Abu Ibrahim, who escaped from an ISIS training camp after they threatened to kill his brother. He describes how children are brainwashed; forced to watch live beheadings and videos of suicide attacks, some even forced to carry out executions and suicide attacks themselves. "They put my hand on a wooden block and cut it off with a butcher's knife", describes Omar, also 14. For daring to defy IS, Omar's hand and foot were publicly amputated in a town square as a warning to other children. This shocking report exposes the horrific cruelty of Islamic State as they recruit a new generation of Jihadis.
FULL SYNOPSIS
TRANSCRIPT