The overwhelming control of the Calabrian Mafia 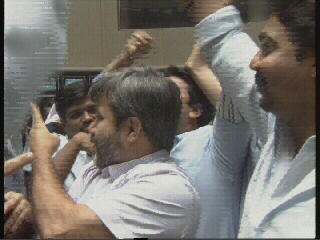 An investigation into the activities of the Calabrian Mafia.

The Calabrian Mafia exert serious control over the region. Police are unable to efficiently investigate kidnappings due to a code of silence enforced by the mafia, journalists are rarely allowed to film in the area, and in towns such Plati around 80% of residents have links to the criminal gang. The mafia not only exert social, but also economic power; links to foreign drug suppliers allow them to carry out lucrative business in northern Italy. While many, including the state itself, live in fear of the mafia's influence, citizens have begun to speak out. "For the first time in this community we're seeing an unequivocal wish for change. For the first time a group has decided to take a clear position, taking sides with the State against Mafia arrogance.", says one citizen. Yet such an action is no guarantee of change, nor something without its dangers.
FULL SYNOPSIS
TRANSCRIPT