Girlfriend in a Coma

How the most beautiful country in the world knocked itself out 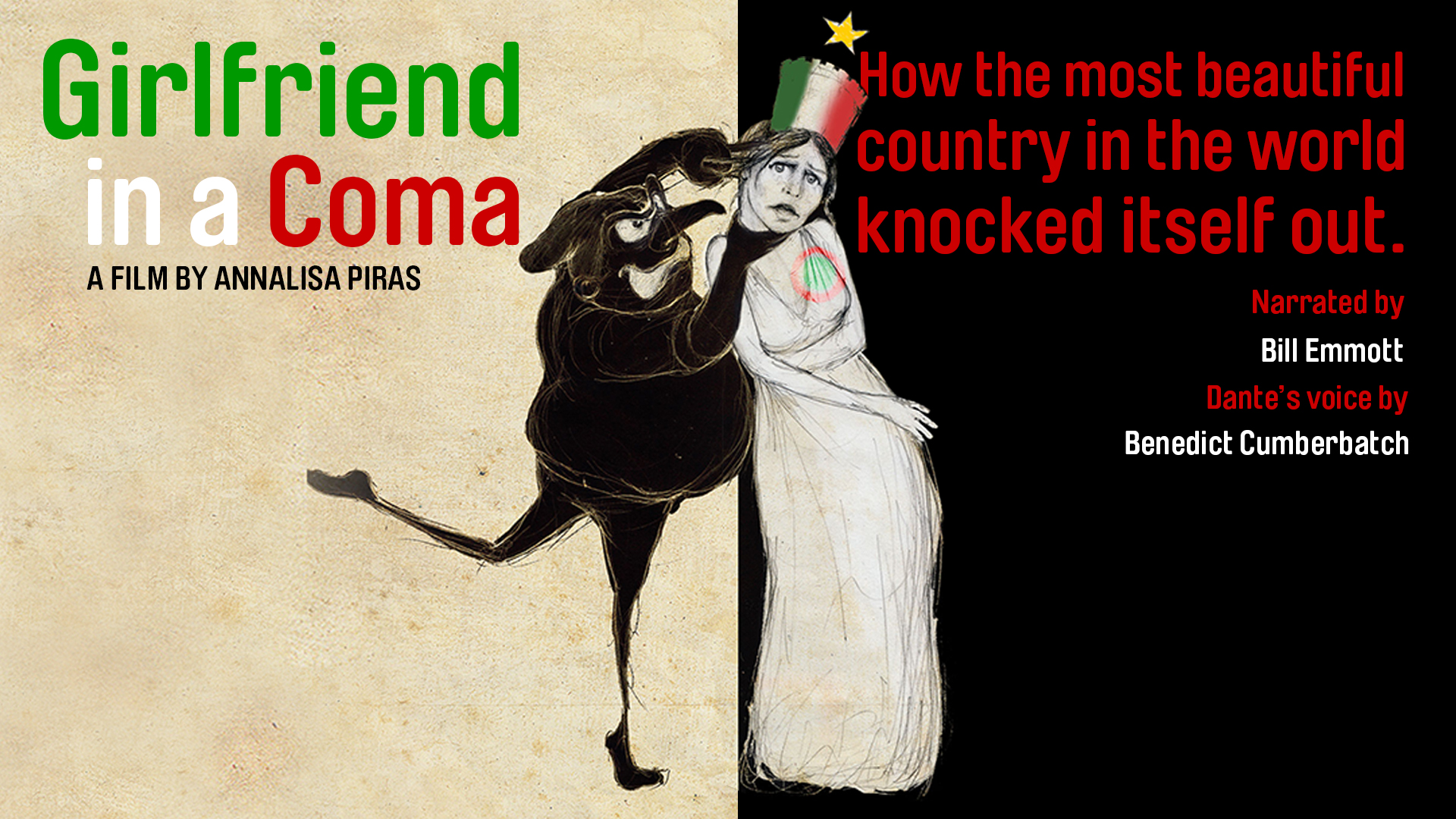 Girlfriend In A Coma: Former Economist Editor Bill Emmott explores Italy's political, economic and social decline over the past 20 years, the product of a moral collapse unmatched anywhere else in the West.

The Italian language has a refined equivalent of the earthier Anglo-Saxon expression about "fecal matter" hitting the fan: "The knots are reaching the comb," they say in Rome. However you put it, the country is now tottering towards dramatic decline, with a kleptocratic and incompetent political Establishment, a financially bankrupt State, raging corruption, organized crime, a sclerotic and anti-feminist Church, a shambling economy - oh, and of course a few decades of horrible government by a "Bunga-Bunga" Prime-Minister, Silvio Berlusconi - all combining to knock one of Europe's most vibrant societies on the head. This matters because, while Italy has counted little as a geo-political entity since Roman times, it boxes far above its weight in terms of "soft power." The country's hugely influential fashion industry defines female and male beauty for the world, the Roman Catholic Church does something similar for the morals of a billion Catholics as do organized crime "Mafias" in the fields of vice and illegality, while Italian dining is the "fall-back cuisine" for a night out in every corner of the globe. A profound exploration of Italy and its society during the Berlusconi era. By former Economist editor Bill Emmett and with Benedict Cumberbatch reading Dante. Springshot Productions
FULL SYNOPSIS 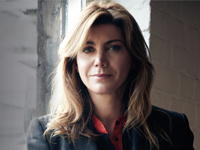 Annalisa Piras – Director/Producer/Writer
Annalisa is an Italian film director/writer and journalist. Former London correspondent for L’espresso magazine and La7 Tv, she studied Political Science, History, and Cinematography in Rome. She has 20 years experience in the production of tv documentaries and programmes, broadcast, among others, by Rai, Euronews and La7. She wrote and produced two radio documentaries for BBC Radio 4 about Italy. A frequent broadcaster and commentator on European and Italian affairs,
she is a regular panellist for the BBC World London Dateline Talkshow. She was the first Italian President of the London Foreign press Association, founded in 1888. Annalisa left Italy in 1993. 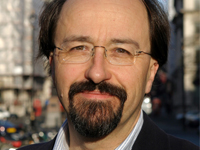 Bill Emmott was editor-in-chief of The Economist from 1993-2006, a magazine he first joined in Brussels in 1980, and is now an independent writer and consultant, as well as chairman of the London Library. He writes fortnightly columns for The Times on international affairs, and writes regularly for La Stampa and L’espresso in Italy. In 2003, he became the first and so far only foreign recipient of a prestigious Italian journalism prize, “E’ Giornalismo”, for The Economist’s coverage of
Berlusconi. He is a frequent broadcaster, and has co-presented a documentary for NHK in Japan, as well as appearing on Italian TV talk-shows, including Annozero, Parla Con Me, and In Onda. The author of 12 books, mostly on Japan and Asia, his latest was about Italy, published first in Italian translation in October 2010: “Forza, Italia: Come Ripartire Dopo Berlusconi” (Courage, Italy: how to start again after Berlusconi). The book was rewritten, updated and expanded for publication in English as “Good Italy, Bad Italy” in 2012.