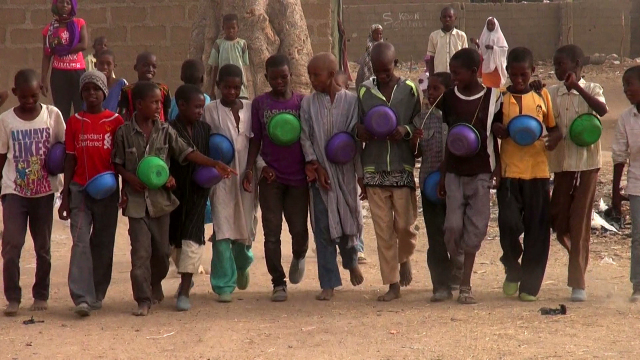 In Northern Nigeria, millions of children live in the Almajiri system. By night they memorise the Qur'an, and by day they beg for food and money. We meet the Almajiri children trapped in a cycle of poverty and extremist influences.

"They wake up as early as 3am or 4am to begin their Qur'an studies until dawn at about 7am", describes teacher Abdullahi Lakare. In Northern Nigeria, over 7 million children live outside of the official school system. Instead, they are sent to schools where they learn to recite the Qu'ran and are forced to beg. But these children are in danger of being used for criminal activities, and they are even recruited into terrorist groups such as Boko Haram. As a State Education Officer describes, "If you can give them money to spend, whatever you ask them to do they will do it." Temitope Kalejaiye
FULL SYNOPSIS
TRANSCRIPT