China's war against its own spiritual citizens 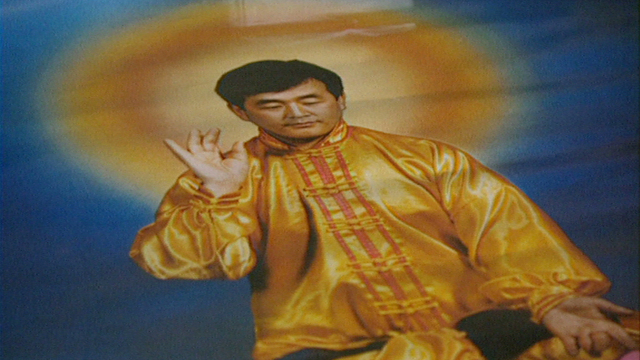 China may be facing a middle-class uprising from the spiritually dispossessed of Falun Gong.

In a dark and shadowy street the men, women and children of the Falun Gong faithful lie huddled together under thick blankets. "We are living everywhere, on the road, in the underpasses..." Forced from their homes by suspicion and fear they live day to day, hand to mouth and one step ahead of the authorities. "No matter whether you are man or woman, young or old, they beat us up. They tore the clothes off the little girls, they treated us as counter-revolutionaries" explains Ms Bi, just one of the very confused and frightened followers. And after 10,000 followers like her turned out in an eerie silent protest against the persecution of their beliefs, dangerous revolutionaries is exactly what the state believe Falan Gong to be. Such is the hysteria surrounding the crackdown that Hong Kong has become the only place in China where Falun Gong can be practised openly. At sunrise the parks are filled with devotees performing their version of Qigong, a gentle exercise which calls upon a kind of invisible energy to strengthen body and mind. Devotees look on helplessly at the Mainland crackdown. "The overall propaganda is based on fabricated evidence, practitioners don't get a chance to appeal!" Professor He is at the forefront of the state crackdown. When he wrote a critical paper on the belief followers staged a huge sit-in at the University. "I think Falun Gong cannot tolerate criticism... it shows they intend to become a super religion that will crack down on anyone who doesn't agree with its creed." In an intense propaganda blitz Chinese television display the gruesome picture of a follower who died after trying to cut out the 'Falun' or the mystical wheel from his abdomen. The government's message is that Falun Gong is dangerous, obsessive devotion, a threat to followers and a threat to social cohesion. But the largely middle-class and educated followers are desperate to have their good names restored. "We are good people, we behave correctly. Why do they call us a sect with evil theories?" they plead. If China doesn't bring these people back into the fold millions of once law abiding citizens may be gearing up for a fight. "We have strengthened our determination 100 times while we were in jail", rages a new member of the Falun Gong underground. "We are more determined that ever to practice the Great Law." Produced by ABC Australia
FULL SYNOPSIS
TRANSCRIPT