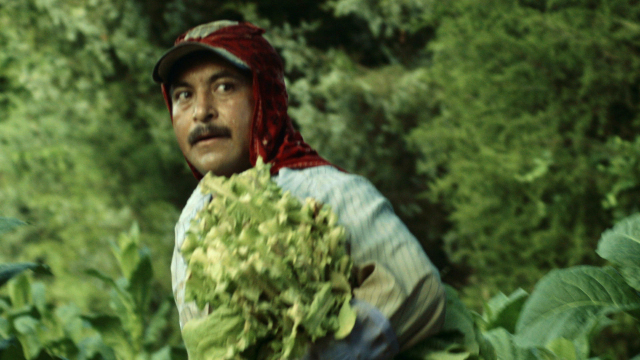 They're the farm workers who feed America, but migrant labourers remain underprivileged and exploited. Now, the newest generation of Mexican Americans are fighting back, and Donald Trump is in their sights.

"When Mexico sends its people, they're not sending their best", said Donald Trump in a recent speech. "They're bringing drugs, they're bringing crime, they're rapists." But there are over a million migrant workers in the US, many from Mexico, who do the jobs few American's are willing to do. The Latino population, growing at ten times the rate of the overall US population, are the lifeblood of the country's $400 billion agricultural industry. For the second and third generation children watching their parents toil, now is the time to fight for proper migrant rights. "It's such an important job, farm workers literally feed the world", says Gerardo Silguero, whose father has worked tirelessly for his future. Volunteer led workshops are helping both parents and children understand their rights as migrant citizens. But while their campaign is bearing fruit, they still have to tackle the views of Republican presidential hopeful Donald Trump and his supporters. They have decades of racist tradition and exploitative migrant working conditions to overturn. They believe a new attitude towards the education of "undocumented" migrant children could usher in the change they demand.
FULL SYNOPSIS
TRANSCRIPT