A rollercoaster-ride into the badlands of art and advertising 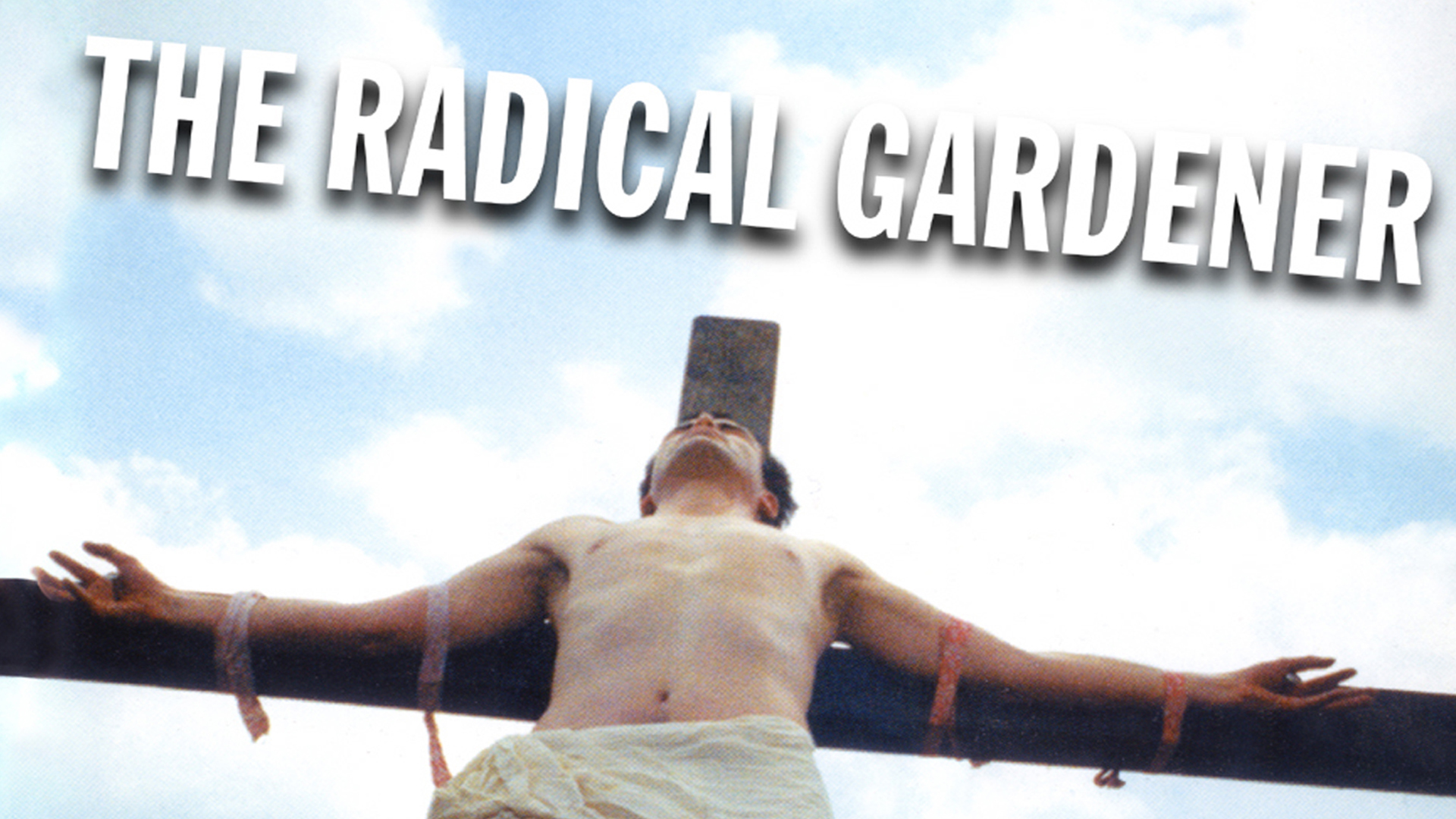 The Radical Gardener is a rollercoaster-ride into the badlands of art and advertising featuring Malcolm McLaren, Jonathan Meese, Jeff Koons, Graham Fink, Guido Heffels, Kalle Lasn, Sebastian Horsley, Oliviero Toscani and Dr. Pussy. Today radical has become a buzzword for everything, from art to business to politics, but what does it really mean? Hermann Vaske goes on a journey to investigate the radical borderlines of art, exploring the very nature of our cultural and commercial landscape.

"You have to be as radical as reality itself", explains artist and 'radical dandy' Sebastian Horsely, who once crucified himself in the name of art. "Never do what is expected of you. This is the key." Confrontational, boundary-pushing art has always occupied an important space in popular culture; a form of expression that challenges accepted cultural norms and societal perceptions. As Malcolm Mclaren describes, "It is a protest against the status quo. Art that is channeled to change the culture... and in doing so change life itself". "Art rules money now", explains Jonathan Messe, commenting on the growing relationship between art and so-called 'radical advertising'. With artists increasingly finding their work appropriated onto billboards and into magazines, the boundaries between creative art and commercial advertising are becoming increasingly blurred. "Art is becoming a marketing tool", explains Mclaren. But how can art remain radical if it is only selling products? "It's all down to interpretation. My interpretation of what is radical now is stuff that is very transparent, very simple. The safest stuff is the most radical", explains David Droga. Droga's famous UNICEF campaign - to raise funding for third world water sanitation by encouraging New Yorkers to pay for tap water - was, as he argues, a work of 'radical' art. "It was so simple, so pure, so elegant. People were not doing anything different but they were saving the world. That's radical", says UNICEF director Steven Miller. "Radical seemingly goes against the grain. But if it is intelligent and bright enough it becomes part of the landscape", argues George Lois. As mainstream society increasingly looks to radical artists for creative inspiration, the artistic landscape of our society is changing beyond recognition. Interviewing some of the finest artistic minds of our generation, Vaske's fascinating film drives right to the very heart of this cultural transformation. LEARN MORE.
WATCH MORE
JOIN THE CONVERSATION. Hermann Vaske
FULL SYNOPSIS