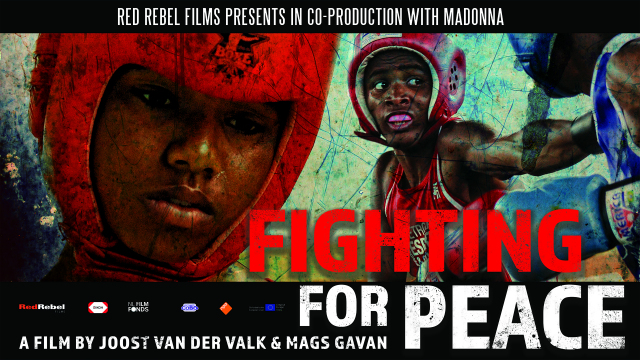 In Rio's most violent favela, shootouts are a daily occurrence and drugs provide an all too easy escape. British ex-boxer Luke Dowdney strives to provide an alternative through running a boxing school. Can he help Sugar and Douglas, his youngest and brightest talents, to fight their way out of the slums and become international champions? Co-produced by Madonna, this powerful and upbeat doc offers a raw insight to the struggles of Rio's poorest citizens.
OFFICIAL PRESS KIT LEARN MORE
JOIN THE DISCUSSION 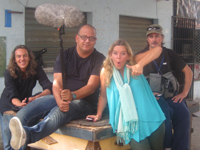 Since 2003 Mags Gavan and Joost van der Valk have been making documentaries together for TV and cinema. They made series such as Paparazzi I & II (BBC) and Britains Ugliest Models (Channel 5), and current affairs documentaries such as Bad Blood (BBC Newsnight), Saving Africa's Witch Children (Channel 4s Dispatches), Return to Africas Witch Children Channel 4), Wilders: Europes Most Dangerous Man? (BBC) and Sisters of Somalia (Al Jazeera). Saving Africa's Witch Children has won them the 2009 EMMY Award for Best Current Affairs, the British Academy Award (BAFTA) for Best Current Affairs Programme, the Amnesty Media Award for Best Documentary and the One World Children's Rights Award. Lately the filmmaking couple has mostly focused on feature-length documentaries, such as Crips: Strapped 'n Strong (2009). The film had official theatrical release in the Netherlands and has been selected for numerous festivals such as the Locarno Semaine de la Critique and IDFA, where it was nominated for the DocU Award. In 2015 two feature-length films by Van der Valk and Gavan will be released, Fighting for Peace and Satudarah: One Blood, which was nominated for the Gouden Kalf, the Dutch Academy Award for Best Feature Documentary 2015.