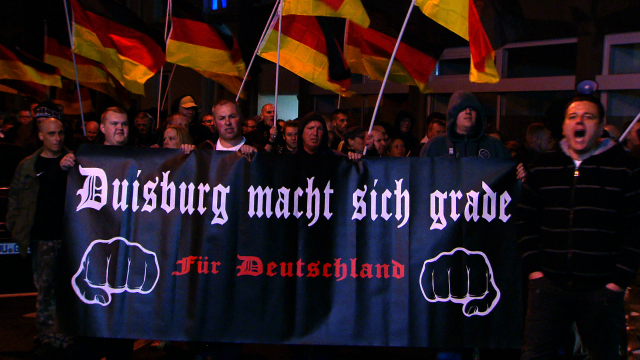 In the last year, Germany has seen an increasingly violent resentment of its refugees. This 2016 report travels between PEGIDA, aid volunteers and refugees to explore the widening political divisions.

In Dresden, the birthplace of PEGIDA, protesters convene at a square once named after Adolf Hitler to rally against the open-door policy of Angela Merkel. "She has no right to mix the German people, to create a new people, influenced by Islam", explains Tatjana Festerling, the party's second in command. "Merkel is the most dangerous woman in Europe."
FULL SYNOPSIS
TRANSCRIPT