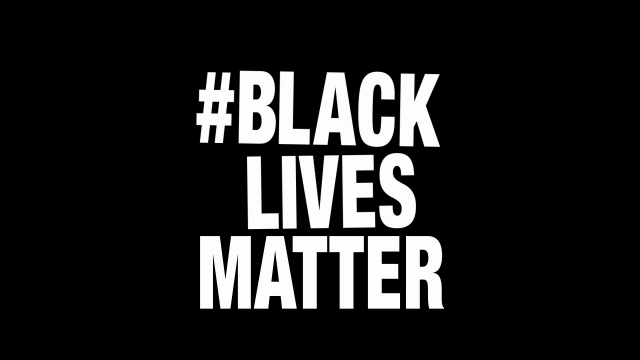 Following Barack Obama's inauguration in 2009, many Americans predicted the end of racial inequality in the United States. But as black communities continue to be torn apart by violence, America remains a country divided. Taking cues from their forefathers in the 1950s, a new generation of civil rights activists has emerged from the bloodshed, determined to have their voices heard in the fight for racial equality.

​​"Witnesses say he was beaten from this side of the street all the way to that side. He was screaming for help, but none of those animals stopped"​,​ explains Tawanda Jones tearfully. Her brother Tyrone was killed by police, in what she says was a ​​"brutal murder"​​. Tawanda believes her brother fell victim to a police force that routinely discriminates against black lives: ​​"There's no justice, it's just us. We need to stick together and dismantle this corrupt system"​​ ​"It is a system of structural and institutionalised racism. It keeps our fellow humans down"​, states ex-cop Michael Wood, describing his reasons for leaving the police force. Unarmed black Americans are three times more likely to be killed by police than any other race, and many campaigners argue this discrimination is a symptom of a more widespread societal racism. The Black Lives Matter movement is a truly modern civil rights movement. With no clear leader, the movement is harnessing the power of direct protest and social media to raise awareness of the plight of black communities. ​​"We all bear the responsibility"​​, explains Melina Abdullah, ​​"Black Lives Matter is a rallying cry, to affirm that black people matter and to demand change"​​. The movement however is not just about changing policing: it is pursuing real reform in gang-tormented neighbourhoods, as often the most dangerous violence comes from within these communities. For example in the South Side of Chicago, brutal gang violence is a part of daily life: it is easier for many young black men to get a gun than a job, and on average someone is shot every three hours. Campaigners are fighting to provide an alternative to the epidemic of gang warfare, determined to stop the violence from within. ​​"They want to close down schools, they don't want kids to read, don't want them to learn...but that's what's going to curb the violence"​,​ explains one woman. ​​"I think what we're seeing is the birth of a mass movement."​
FULL SYNOPSIS 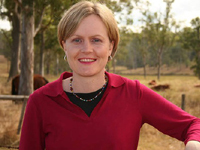 Sara was the ABCs Africa Correspondent from 2000 to 2005, the first woman to hold this post. She has also reported from Jakarta, the Middle East and London during the 2005 London Bombings. In February 2006, Sara became the presenter of the ABC's Landline. In September 2007, Sara was awarded the Elizabeth Neuffer Fellowship, that recognises women in Journalism, which entails study overseas. In November 2008 she took up the post as the ABC's South Asia Correspondent based in New Delhi, India.

From February to December 2011, Sara was based in Kabul as the ABC's Afghanistan correspondent which included numerous assignments in the field reporting on the war from both the Afghan and NATO sides of the conflict. Sally spent one year covering the war in Afghanistan. She reported from the frontline, entrenched with coalition forces. Sara has covered terrorist attacks, political unrest and followed the rebuilding of the country. Despite many restrictions on the activities of women in Afghanistan, Sara said she never faced a situation where she was denied interviews with officials or religious leaders. She was permitted entrance to the private homes of women  forbidden to male reporters  which allowed her more access in her role as a foreign correspondent. In a society segregated by gender, Sara said that being a female reporter allowed her to have access to women to be able to tell their stories  and thats really important. In a place like Afghanistan women and children make up almost three quarters of the population so its crucial that their voices are heard.