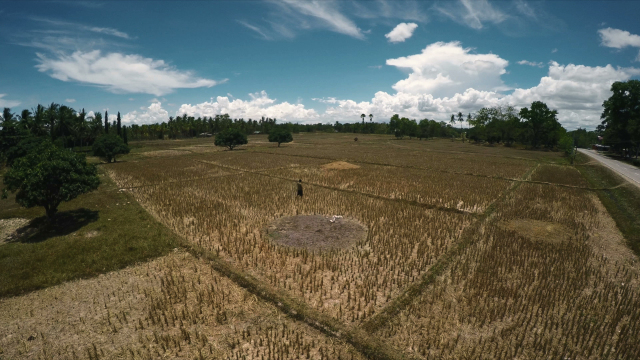 The Philippines is one of the countries worst hit by climate change. In addition, every few years a series of climatic shifts in the Pacific known as "El Niño" wrecks further havoc throughout the country. Set against the backdrop of one of the strongest El Niños on record, this film shows how farmers are adapting to climate change by adopting organic farming practices.

"We should be planting now but there is no water... no rain means no income", laments Quiciano, a conventional farmer. The severe droughts brought on by El Niño have destroyed his crop. The El Niño phenomenon is part of natural climate variability, but the frequency and intensity of these events are predicted to increase with climate change, resulting in droughts and stronger typhoons. Organic farming can increase farmers' resilience in dealing with a changing and less predictable climate. As temperatures continue to rise, more and more Filipino farmers are finding that adopting ecological farming practices enables them to adapt to the new climate reality. As the Philippines gets ready to elect its new president, it is time to rethink the country's policies: "We need to change our strategy for agriculture. We have to give the community the capacity to feed itself".
FULL SYNOPSIS
TRANSCRIPT