The Dybbuk: A Tale of Wandering Souls 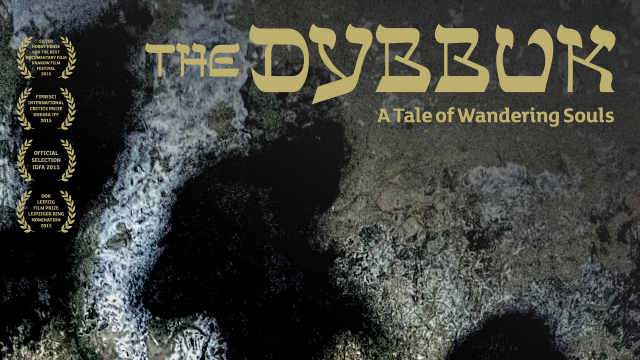 Thirty thousand Hasidic Jews arrive in Uman, Ukraine, on an annual pilgrimage to celebrate the Jewish New Year at the grave of their holy leader. Their arrival is met with the ire and prejudice of the Ukrainian far-right. Clashes between the two groups are routine and yet the reciprocal intolerance of both cultures threatens to destroy Uman. This crafted doc tells of a remarkable clash between 2 civilisations.

Today, every year, thousands of Hasidim from 70 countries visit Rebbe Nachman's grave in Uman on Rosh Hashanah, the Jewish New Year. Rebbe Nachman promised that every Jew who prayed, danced and sang at his graveside during Rosh Hashanah would be saved. He also encouraged his disciples to talk with God as though he was their best friend, with joy and openheartedness. Hasidim are keen to obey the commandments of their beloved tzadik and perform their ceremonies exuberantly and vigorously. The crowds of Hasidim travelling to Uman support a large part of the city's economy, although not everybody in the city is happy with that. Members of the nationalistic party Freedom (Svoboda) agitate against the foreigners and accuse the local authorities of corruption and selling out to Hasidim. A large Christian cross, a visible sign of Svoboda's discontent, is erected by the lake where the largest group of Hasidim come to pray every year. Meanwhile, the conflict over erecting a monument to Gonta and Zalizniak has dragged on for over 40 years. Hasidim are annoyed by the idea of commemorating those responsible for the Uman massacre. Only one man seems not to bother with religious, national or economic clashes. In Breslov, old Volodya, the caretaker of the Jewish cemetery, leads a poor and simple life. His house stands on old cellars in which Rebbe Nachman dictated his books to his favourite student, Nathan. In those cellars, in an abandoned synagogue, in the cemeteries, in the air surrounding whole cities, float countless souls of the dead. Dybbuks - restless spirits, trying to find a way to release themselves from this world. If they could speak through the living, what would they say? 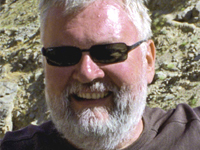 Director Krzysztof Kopczyński is an Associate Professor at the University of Warsaw (Rhetoric and Media Section, Institute of Applied Polish Studies). From 1995, also a documentary film producer working at the international market, the owner and CEO of the Eureka Media Production Company (www.eurekamedia.info). A member of the European Film Academy and the Polish Film Academy. An authorized optimist. During 20 years, he produced for Eureka Media Production Company over 150 audiovisual works, including 50 documentaries which have been shown in 70 countries at least and won over 130 festival awards. He was responsible for development, production, financing, as well as distribution of the films. During years 2006-2011 he was an expert working for the Polish Film Institute. 2011-2014 he was an expert in the Mazovian Regional Film Fund. 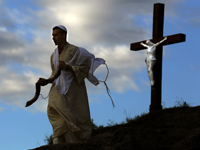 The making of "The Dybbuk” took seven years. Krzysztof Kopczyński travelled to Breslov and Uman in Ukraine where he learned about the long-lasting conflict between Jews and Ukrainians, and where he met the future protagonists of his film. Shooting in the Ukraine was finished in the second half of 2013, just before the Euromaidan revolution. The film depicts the socio-political situation of Central Ukraine during the dawn of these remarkable events.