The Battle Of Benghazi 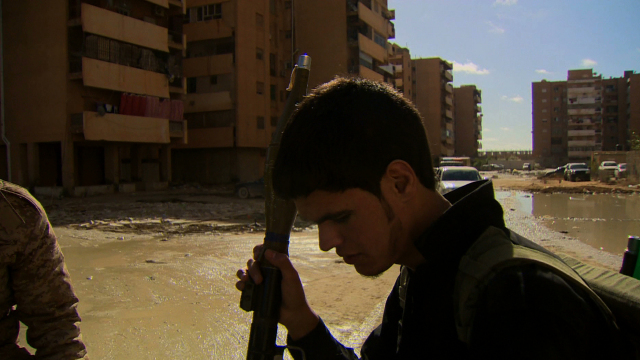 Benghazi was the birthplace of Libya's uprising and a symbol of hope to the nation. Five years on civil war is raging and ISIS has taken root. Journalist Feras Kilani got rare access to the heart of the chaos.

As fighters from Islamist militias pour into the now largely lawless Libya, the lack of a unified fighting force is costing the country greatly. As one fighter explains, "What pushed us to this situation are the political disputes. There's a big disagreement between the front line commanders, the army and the politicians". While the army struggles to halt the advance of ISIS, civilians grapple to maintain a semblance of ordinary lives. As shots ring out, a headmistress conducts a lesson to a group of students. The school has previously been shelled, but they are determined to receive their education. "Here the gunfire is constant, the pupils no longer react. Everything is fine", she reassures the few pupils who remain.
FULL SYNOPSIS
TRANSCRIPT