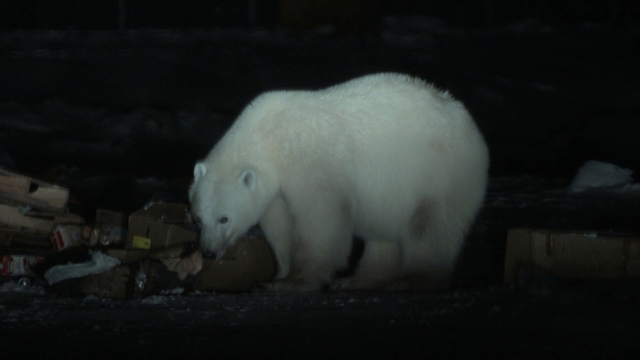 What's it like living in the Arctic Circle where you can open the front door to find a polar bear? This report goes into a town where bears roam the streets and the effects of climate change are felt daily.

Leo Ikhakik has the unique job of keeping the town of Arviat safe from polar bears. "Once they get hold of you, you're history", he warns. He's armed with rubber bullets, which will scare the animals off, but also live ammunition just in case. "It's very scary to be out during the polar bear season", says Leo's daughter Lorraine, who's mum to six children. As global warming reduces Arctic sea ice, a vital hunting ground for the bears, they are seen venturing into the town more and migrating less. "Nine polar bears each night come into Arviat", explains a worried local resident.
FULL SYNOPSIS
TRANSCRIPT