The Alps' entrancing glaciers are disappearing 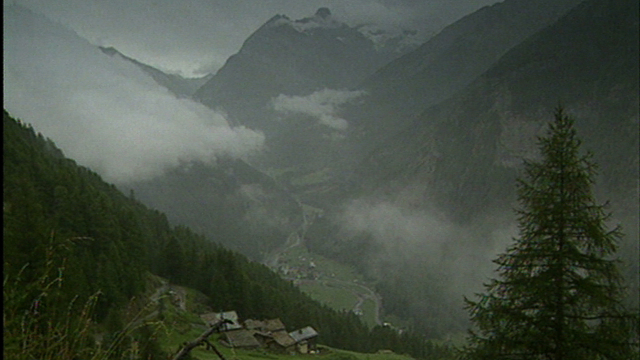 The glaciers of the Alps are shrinking steadily. Although the science points to human-induced global warming, some remain sceptical.

The glaciers that shroud the Alps have been retreating steadily in fits and starts since 1850, a timescale that neatly coincides with the dawn of industrialised Europe. “You can visibly see the snout of the glacier retreating year by year,” reports one of a team of Cambridge scientists drafted in to quantify the declining ice. It’s estimated that 30% of Alpine ice cover has disappeared over the last century as temperatures have warmed. In the Saas valley people live in picture postcard surroundings, yet the high-paced reality of glacial shrinkage is impinging on their serenity. Erna Kalbermatten shows us the spot where 88 men were killed when the Allain glacier collapsed. There’s real fear that such a disaster could happen again. “They calculate that there’s another 70,000 cubic metres waiting to fall!” But the unpredictable science of climate study allows room for optimism. “The glaciers have always melted and reformed, we’ll get new growth,” shrugs the local publican. Like many of the dignitaries gathered at Bonn, the doubt over global warming allows just enough room for inaction. Produced by ABC Australia
FULL SYNOPSIS
TRANSCRIPT