The moving instrument at the emotional heart of Ukraine's uprising 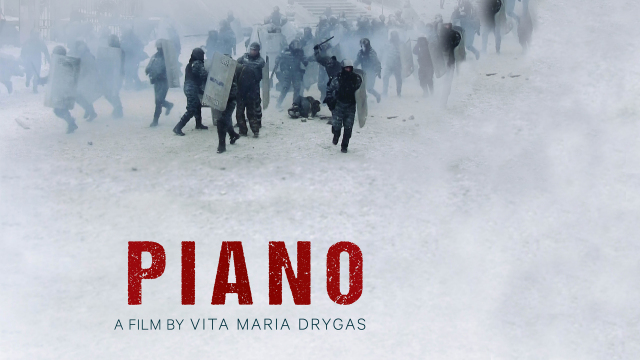 At the height of the protests in Kiev's Maidan Square, a piano, about to be used as a barricade, is rescued by a music student. The bashed up piano becomes a symbol of the revolution, reigning over the square, singing along with the protesters and fuelling their fervour. Piano is the story of an instrument at war and the "piano extremists" who fought to keep its message of freedom alive. 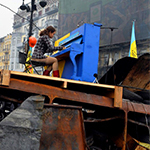 It was March 2014 when I first came to Kiev - right after riot police were shooting people in February. Many people were living in tents at the Maidan Nezalezhnosti square. I saw a piano painted in Ukrainian national colours standing on the street in the rain. People were gathered around the instrument singing the anthem of Ukraine and other national songs. It was very touching; I realised that the piano was very important to them.

I spent a lot of time observing the people who came and played. I met my first heroine: Lyudmila Chychuk, lecturer at the conservatory. I asked her about the piano. She told me that it had become a symbol of the revolution. Then she mentioned her pupil who played for the entire duration of the protests - sometimes even in the frosty weather conditions that reached -30 degrees.

Moreover, she saved this instrument because it had become part of the barricades and shield from bullets. Antuanetta Mishchenko, a student of the conservatory, begged not to destroy the instrument. She promised that if they kept the piano on the street, she would come every day and play. Antuanetta managed to save the piano. A young girl kept her word; she was there every day. Music began to unite people and to give them hope. When I saw the power of this instrument - which was sometimes greater than the Molotov cocktails - I understood that I had to tell this story.

My stay in Ukraine and the shooting of this film is probably one of the most important events in my life. I became a witness of how music has become part of the revolution: the piano became symbolic. Music proved to be a very strong tool of resistance because music united people. That's what I wanted to communicate in "Piano".