A Night In Cologne 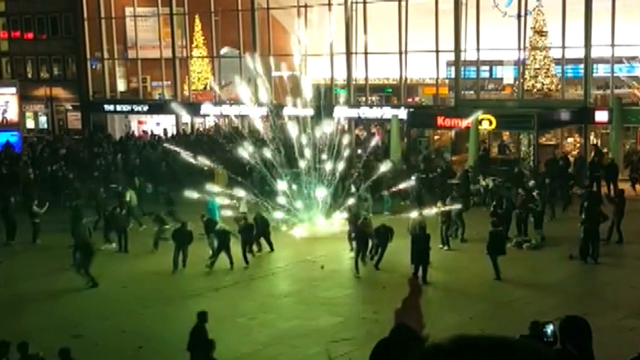 A mob sexual assault on young female revellers on New Year's Eve 2015 turned Germany's celebrated tolerance of mass migration upside down. What happened and why was it hushed up? How has it changed the nation?

Michelle describes how the assailants, supposedly refugees, "touched us everywhere they could, between the legs and at our breasts". Police and media initially downplayed the incident but it turns out that more than 1000 complaints of sexual assault were lodged. The generosity that saw Germany embrace more than 1 million migrants in 2015 is wearing thin. For Frauke Petry, head of the right wing Alternative Party for Germany, "it's time to wake up". Left-wing feminist Alice Schwarzer fears that a "misguided tolerance" on race issues facilitated the violence. "I am convinced", says Schwarzer, "that we have for the first time since 1945, a growing right wing movement".
FULL SYNOPSIS
TRANSCRIPT