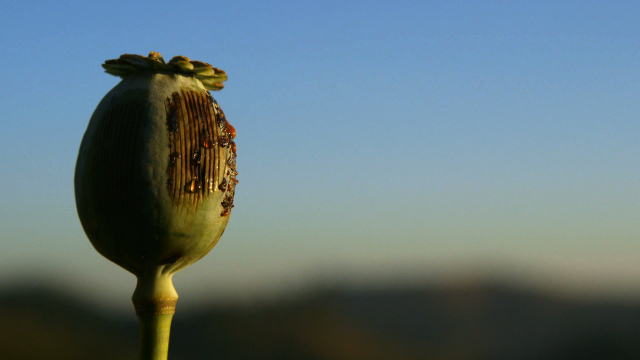 With Myanmar facing turbulent times and international criticism for its treatment of the Rohingya minority, we revisit a report that explores another controversial aspect of the country: its opium production.

"If I didn't do this work, I would have no other source of income and my family would go hungry", explains Nang Hkam Hrseh, a poppy farmer in a remote village in rural Myanmar. It's in places like this, far away from the prying eyes of tourists, that the vast majority of Myanmar's opium is grown, a yield which is now the second largest in the world after Afghanistan. Most of the heroin produced in Myanmar is exported through China to the rest of the world. But the local trade is also abundant, and has reached epidemic-sized proportions in some areas. "My sons were washed away on a tide of heroin", laments 68-year-old Daw Li. However, some villages are looking for ways to fight back against opium dependency. "I don't want my family to be involved in this business any more", asserts 67-year-old Panu, a resident of the isolated Pang Lyam village. Many of the villagers here have signed on to the UN's crop replacement program and are making the switch from opium to coffee. With the end of military rule and the election of a new democratic government, there is renewed hope that the opium trade may be on the way out.
FULL SYNOPSIS
TRANSCRIPT