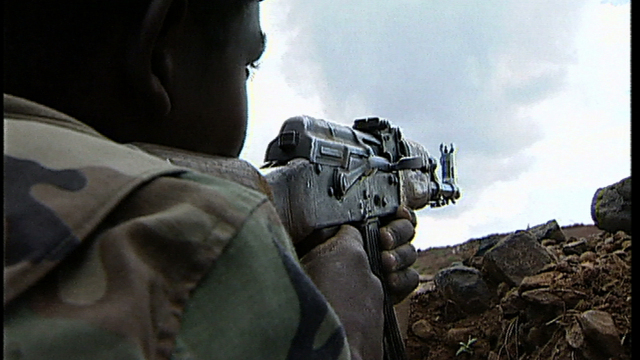 We offer a rare glimpse of the war between Eritrea and Ethiopia from within Ethiopia. For those who remember a proud regional union the failure of the partnership is a cruel blow.

Although Ethiopia's 60 million people outnumbers Eritrea by twenty to one, they both suffer from an economic meltdown caused by disputes over resources that lie in the border region. They have also been hit hard by famine. Nobody understands why they've engaged in this "crazy war" or why they chose such a time to do it. The people cry out for money to go towards food, not war. Meanwhile, gunsmoke pops in the baking air amidst the trenches and around the remains of soldiers’ uniforms. The long term future of the region has been plunged into chaos. Produced by Hedgehog Productions
FULL SYNOPSIS
TRANSCRIPT