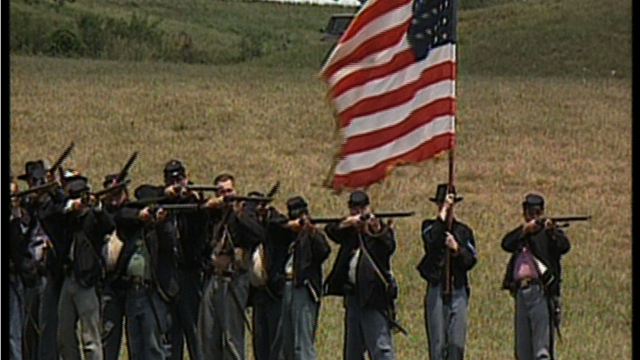 More than 130 years after the American civil war ended civil war battles are being re-enacted with amazing passion.

Smoke and sweat mingle in the air as battle commences between thousands of men. In exact replica uniforms real US men limp convincingly from the battlefield bearing their fake wounds. Veterans proudly talk of preserving the cultural heritage of the civil war. They dismiss the white supremacist stereotype levelled at them by black pressure groups incredulous that so many are keen to celebrate an era of slavery. As part of their attempt to hold back the 21st century they're campaigning against a road-widening scheme across one battleground. For these modern confederates their fight is to stop urban sprawl swallowing-up their battlefield playgrounds. Produced by ABC Australia
FULL SYNOPSIS
TRANSCRIPT