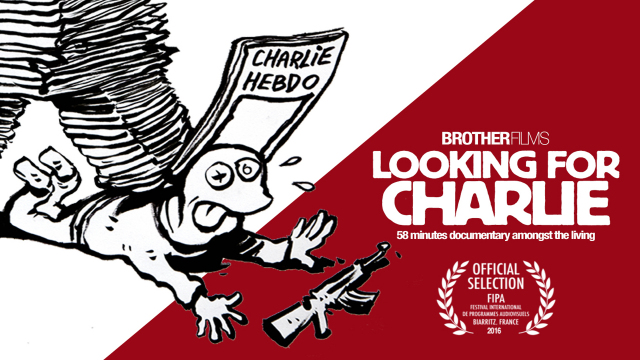 When two brothers, in the name of Al-Qaeda, shot 11 staff members of the French satirical newspaper Charlie Hebdo in protest at its cartoons of Muhammad they unleashed a wave of anger and hand wringing around the world. For those closest to the scene and to the victims of the attack the impact has been unimaginable. A sensitive, searching film which delicately seeks to understand the ripples which continue to emanate from that terrible day.

"I supposed he had killed a lot of people in the office, that it was now my turn, and then I saw in his eyes that maybe I wasn't going to die", Sigolène Vinson recalls as she thinks back on the day she was faced with one of the men who killed her colleagues. Sigolène was one of the lucky ones. The terrorist told her that he did not kill women, making her promise to read the Koran and to think about what she was doing wrong in exchange for sparing her life. But Sigolène, just like the rest of the surviving Hebdo team, still struggles to make sense of the attack. "When children ask me 'Why?' I have a hard time answering", admits Chloe Verlhac, Tignous's wife. Tignous was one of the victims of the shooting and left behind a wife and young children. But he also left behind an inspiration for many and his wife insists that "we will have to rebuilt what we have lost because these were nice people, they were good people". In this poignant documentary, we see how the Charlie Hebdo survivors, relatives and admirers keep the provocative illustrators' spirits and work alive. Cabu, one of the deceased cartoonists, claims in a previous interview: "Yes, we can still make fun of everything", these words echoing between the walls of the new Hebdo office.
FULL SYNOPSIS