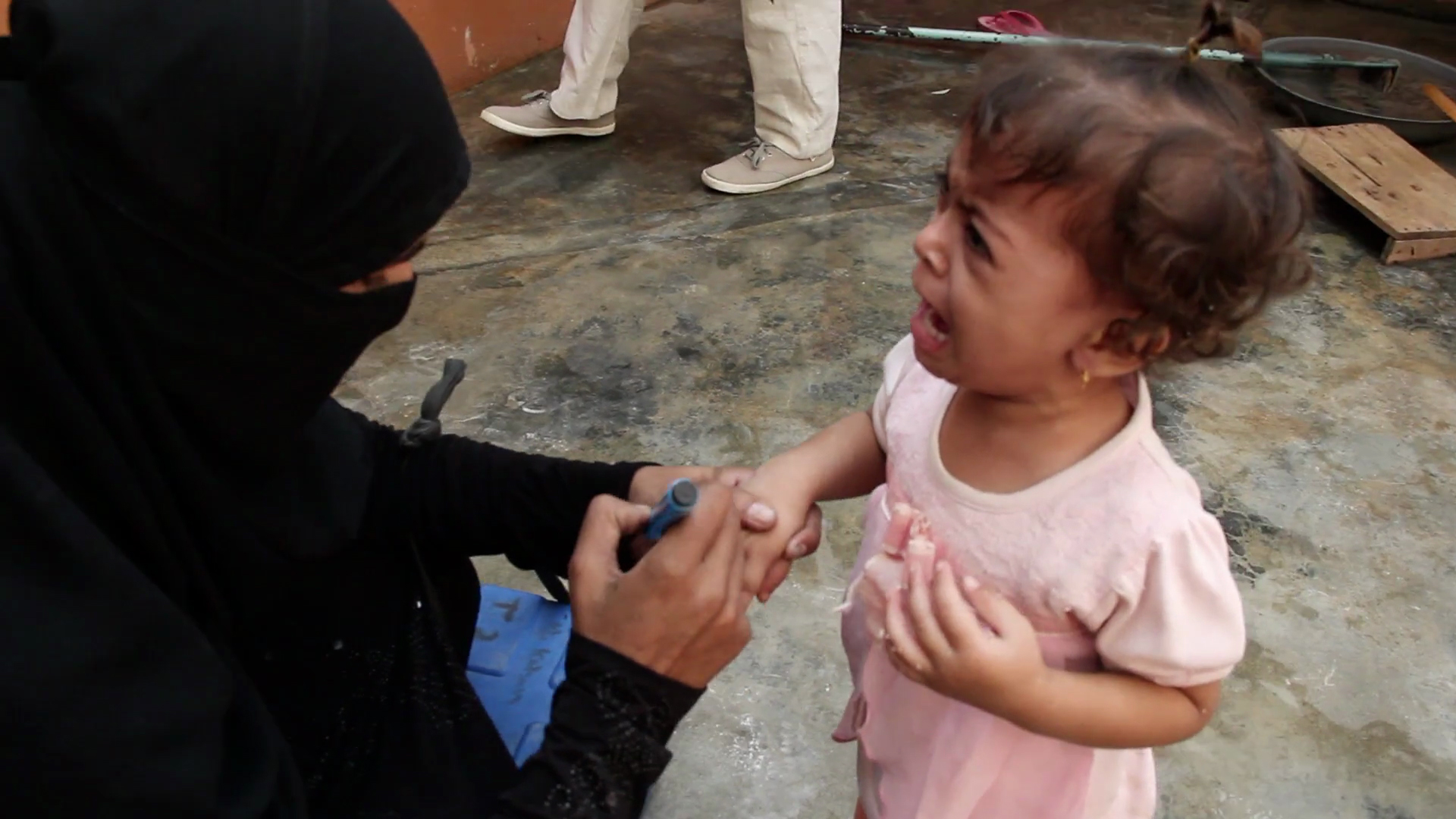 The CIA's use of polio vaccinations to find Osama bin Laden in 2011 has bred mistrust among many Pakistanis. While the country's polio cases remain the world's highest, over 33 vaccine workers have been killed in the last five years.

"I heard the sounds of shots being fired. I saw my sister-in-law's dead body, lying in front of somebody's house." Gulnaz Shirazi is a polio vaccinator in Karachi; the frontline in the machinery that UNICEF and the World Health Organization has set up with the Pakistani government to try to combat polio. Since 2011 Gulnaz has lost two female relatives, who also worked as polio vaccinators, in targeted killings. "The militancy that has taken the lives of our polio workers poses a formidable challenge for us", says Shahnaz Wazir Ali, a senior polio eradication official. The Taliban and allied extremist groups began targeting vaccinators and their accompanying security guards in 2011, after information about the CIA's fake vaccination campaign to find Osama bin Laden became known to Pakistani authorities. The surge of Taliban propaganda has even spread to the vaccine itself, with thousands of people refusing to vaccinate their children, believing it to be an American plot to sterilize them. "Some harms can not be undone easily", argues Rehman, an Islamic cleric. Master material coming soon.
FULL SYNOPSIS
TRANSCRIPT