Where did the people of East Timor go? 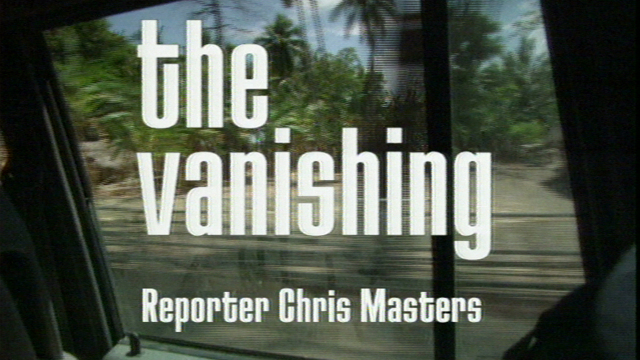 Two months ago nearly half a million East Timorese fled the chaos and death after the referendum on Independence. Up to 400,00 people are still missing from the region. No one knows exactly where they are.


When the pro democracy movement won the right to independence from Indonesia, East Timor became a no-go zone for those who had voted for reform. Thousands were butchered or fled in fear for their lives, forced from their homes by the Indonesian army and their proxies in the militias. In towns and villages across East Timor the people literally vanished. Many fled to the hills and found sanctuary with FALANTIL, the East Timorese armed resistance, but most were loaded at gunpoint onto planes, boats and trucks and transported across the border to West Timor. Two months on, a UN contingent on patrol comes under fire from militia forces still intent on maintaining a state of anarchy. It's these militia which are keeping many from returning home. A diaspora of East Timorese refugees is now scattered across the Indonesian archipelago – stretching from the main refugee camps in West Timor to Jakarta itself. But these camps provide little security. Vulnerable to Indonesian hostility, eyewitnesses describe abductions and disappearances. We report from inside the East Timorese underground, speaking to those on the run, moving from safe house to safe house. We learn how the police were working closely with the militias to destabilise East Timor. But valuable eyewitness accounts are being withheld through fear and intimidation, especially since the armed militias have spread throughout Indonesia alongside the refugees. We also examine the impending crisis in West Timor and ask whether the vanished can be made to reappear before the wet season arrives, bringing with it the possibility of starvation and disease. Indonesian ministers admit there is a grand plan for the relocation of 150,000 refugees to other parts of Indonesia, but that people will not be forced to move. There are those who are returning to East Timor: orphans, the hungry, those looking for relatives. Francisco Soares fought for the Timorese Resistance. He's one of only fifty people to return to his village. It used to be a community of nearly 3,000. He's calling for international assistance to help find his compatriots.
FULL SYNOPSIS
TRANSCRIPT