A Question of Humanity 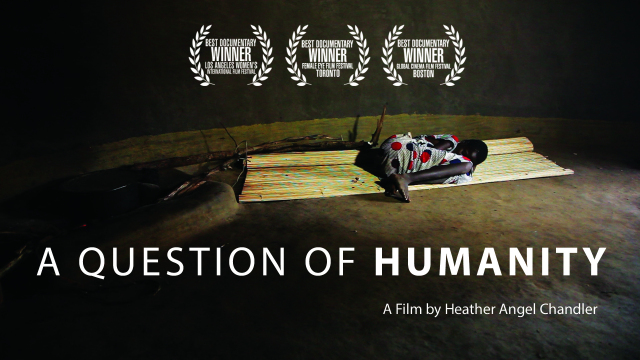 The mysterious and deadly Nodding Syndrome has affected thousands of children in Northern Uganda, leaving them hovering in a zombie-like state between life and death. Angwech Collines saw her own childhood despair in the eyes of these children and was compelled to act. In a race against time, can she save the next generation of Uganda's youth from this killer condition, in the face of bureaucracy, poverty, and superstition?

Every morning brothers Justin and Ballam set off on the 5 mile walk to school, through Northern Uganda's shrub and mud. Both boys suffer from Nodding Syndrome, and were abandoned by a father and step-mother who couldn't cope. Yet they have been invigorated by their trips to Collines' Hope For Human's Centre. "Ballam is one of the most determined people I have ever met", says Collines smiling, "He's determined to see his life better and different".
Nodding Syndrome, a disease with no known cause or cure, is ravaging the poor and rural communities of Northern Uganda. Targeting only children, the disease stunts and alters their physical and mental capacities, leaving them "alive in dead bodies". The sufferers are shunned because "the community think that demons have attacked these children", says Collines. Some are even tied to trees like animals. Shocked by their treatment, Suzanne Garda and Collines founded the Hope For Humans Center as a hospice where the children could die with dignity.
However, they found that rather than dying, the love and joy the children found at the centre invigorated them and could even halt the progression of the disease. Inspired by their success, Collines travels around discovering the shortage of care that exists elsewhere in a region crippled by poverty and war. One desperate father had to strap his two sons to his bicycle and ride for miles to access any care. "This is negligence", declares Collines, "there can be no excuses". Shaken by her findings, and the news of a tragedy at the Centre, Collines begins to lose faith.
But on her return to the Centre, the courage and fortitude of the children arms her with the strength to carry on. Revitalised, Collines begins to teach vocational skills such as farming, sowing, and jewellery making. Using the sales of these goods to support the home, these skills also afford the children the opportunity to prepare for a future, and offer them hope of a life.
A Question of Humanity reveals the true power of the human spirit in the face of overwhelming adversity.
FULL SYNOPSIS
TRANSCRIPT 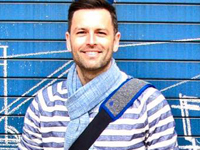 Heather Angel Chandler (Director) and Callan Henrich (Cinematographer) met while working together in the television news business in San Antonio, Texas. Callan worked as a producer and Heather as a reporter. Heather has won numerous awards for medical reporting including two EMMY Awards from the Lone Star chapter. While Heather and Callan have each produced thousands of television news stories over their respective careers, A Question of Humanity is the filmmakers’ first feature-length documentary. The producing team is drawn to exposing stories about human rights injustices. 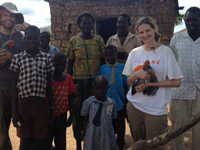 Heather Angel Chandler and Callan Henrich traveled to Africa to live with the Acholi tribe in northern Uganda to investigate a mysterious disease called Nodding Syndrome attacking children there. Heather and Callan became determined to shed light on the unimaginable conditions children with the disease and their families are dealing with. The duo flew to Uganda with two DSLR cameras and a couple GoPros. Despite having a minimal production budget, Heather and Callan were determined see this project through to the end and give a voice to the voiceless.