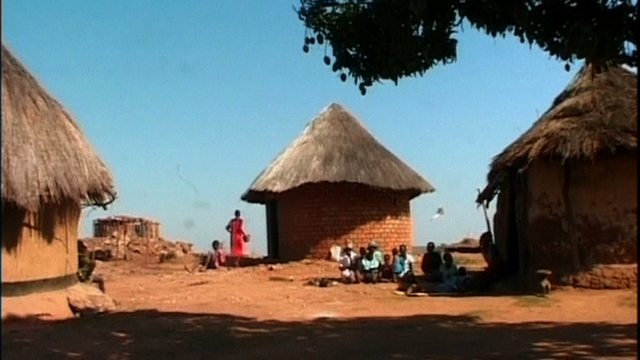 In Zimbabwe, an estimated 1500 AIDS patients die every week, and there are no signs of the epidemic slowing down.

The life expectancy here has dropped by five years since 1994, from 49 to 44 in 1999. By 2010 the average Zimbabwean is only expected to make it to his 30th birthday. This report explores the nation's epidemic. In the impoverished cities women survive by prostitution. Memory sleeps with at least two men every night of her life. "Sometimes men refuse to pay if they have to use condoms. They want to spread the disease because they don't want to die alone." If she gets infected her two children will swell the numbers of AIDS orphans. For the AIDS babies it's a brief time in hospital until their short lives are snuffed out by an AIDS-related illness. For the eldest children it's often a childhood overtaken by parental responsibilities for their siblings. Sipwe bends under the weight of the family's water bucket. "My job is to help my sisters. I will pay school fees for them, buy books." The epidemic has become as severe as the Black Death in Medieval Europe which culled an estimated third of Europe's population. Sex education is improving in getting the preventative message across but it can be nothing other than an uphill struggle. Timothy Stamps, Zimbabwe's Minister of Health is resigned to a slow battle. "For people growing up taking risks is one of the excitements of life. You know very well people standing on the edge of a cliff, if they're all told don't look down, everybody looks down."
FULL SYNOPSIS
TRANSCRIPT