The Survivor's Guide to Gaza 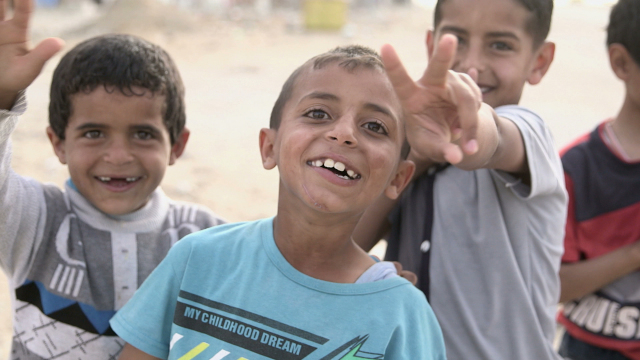 Gaza will be inhospitable as soon as 2020, according to the UN. Food and shelter are scarce. Despite the overwhelming adversity, many residents remain inspired in the fight for survival.

Gaza bears the scars of modern warfare like nowhere else. Buildings are riddled with bullet and rocket holes, untreated sewage is pumped directly into the Mediterranean and 1.95 million people occupy a mere 360 square kilometers of land. Despite being host to three wars in a six year span, this report finds that the spirits of some can't be quashed. Sari Ibrahem was paralysed after being shot 3 times by Israeli soldiers but finds meaningful purpose as MC Sari, where he raps about his life as a Palestinian. Following his trauma, his dream remains the same: "I want to live in peace". Culture and tenacity continue to flourish in this condemned wasteland. "Welcome to the best worst place in the world!", says a local. Produced by Dateline, SBS Australia
FULL SYNOPSIS
TRANSCRIPT