The Labours of Mr Zhang 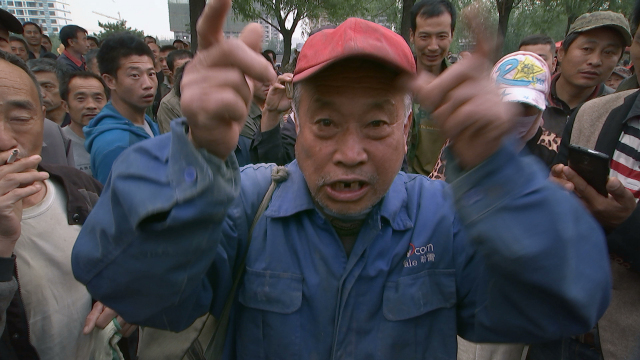 The Party is over for China's working class. In the boom-and-bust economy, it was the poor who lost out. Now unemployed and angry, millions of once-loyal Communist supporters are taking on Beijing.

In 21st century China, the assurance of a job with cradle to grave care at a state-owned enterprise is a distant memory. Ghost cities built on debt lie empty. Unemployment is rife - and so is dissent. Mr Yao was a coal miner for 33 years, but was made redundant. Abandoned to the vagaries of the capitalist labour market, "the bosses exploit us", he complains. "It's like the slave system...Why is the government so corrupt?" A former shoe factory worker and self-taught lawyer, Zhang Ziru, has helped organise some of China's biggest strikes. It's a dangerous job; under constant police surveillance, Ziru has lost count of how many times he has been arrested. Yet with nearly 3000 strikes across China in 2015 and more job losses and wage cuts likely among the struggling working class, Ziru is committed to his cause. "Even if I'm falsely accused of disrupting social order, it's just a matter of a three to five year jail sentence. I can accept that."
FULL SYNOPSIS
TRANSCRIPT