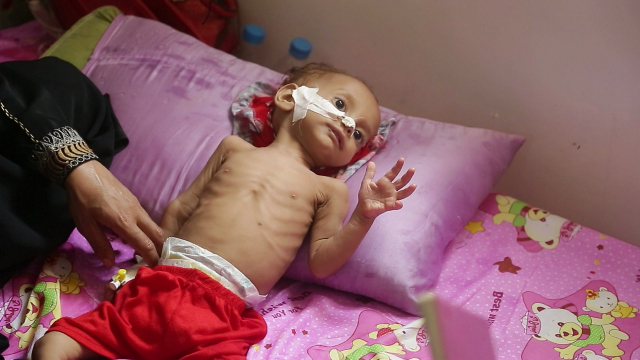 In 2016 this shocking report broke the story of a growing famine in Yemen, now thought to affect 7 million people. A cholera outbreak is throwing the country deeper in to crisis, threatening millions of lives.

"If you don't die from an airstrike you die from being ill or starvation. And the hardest way to die is from starvation", laments Dr Ashwaq Muharram. The war in Yemen has pushed a country which traditionally suffers from a shortage of food to the brink. The Saudi-led coalition has blockaded Yemen's ports, resulting in a shortage of supplies, medicine and fuel.
FULL SYNOPSIS
TRANSCRIPT