The War on Children 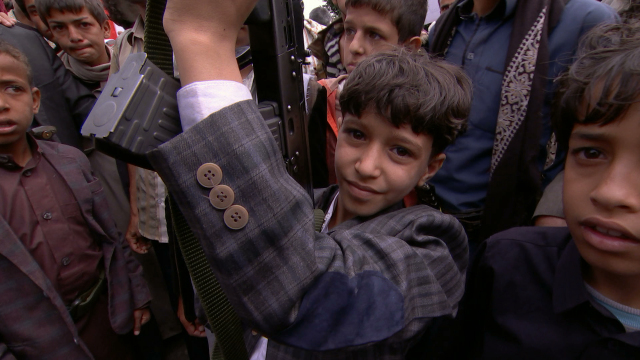 In Yemen the war rages, with an ever-growing human cost. In the Saudi-led coalition's air-strikes, no targets are off-limits. Between the threat of bombs and food shortages no one is spared, even children.

"I want to go out and play," says eight-year-old Faris as he lies in his hospital bed. He was asleep at his home north of Sana'a when a missile hit his house, killing his mother and brother. In a desperate state, with severe burns, stomach injuries and a fractured leg, he pleads with his elderly grandfather: "Will I live? Will I live?" It is not just the bombing that threatens children, but a lack of crucial supplies puts countless lives at risk from starvation and disease. "About twenty percent of the children we see are diagnosed as malnourished, half of them severely so," says Francesco of Medicins Sans Frontieres, who have been working desperately to alleviate the situation. "They just don't have enough food, not nearly enough food." Even these aid organisations have not been spared, however - in the past year alone, four Medicins Sans Frontieres hospitals have been targeted, leaving dozens of staff and patients killed or wounded. In this ever-worsening situation, there is no available relief and life is a daily struggle for survival.
FULL SYNOPSIS
TRANSCRIPT