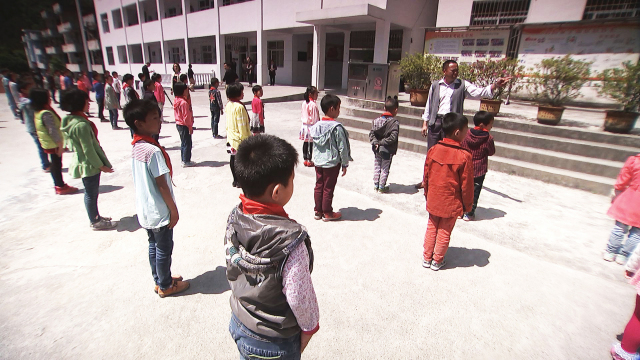 In parts of central China, not far from the birthplace of modern China's founding father Mao Zedong, 80 per cent of children are growing up without their parents. Mothers and fathers leave rural villages and towns for the big city factory jobs that have helped make China an economic powerhouse. Some return briefly; some never do. So children are farmed out to grandparents or boarding schools or left to fend mostly for themselves.

"I get up early to prepare simple breakfast and go to school. When I get home I wash clothes and make dinner," says Xiang Ling, 14, who since the age of 10 has cared for her ill grandmother and three young cousins. For many parents it's a devil's bargain. They sacrifice time with their child to make the money they think will better their child's life. But some children have never known love. So they cannot handle affection when it is offered by volunteers and social workers. Many kids suffer outright rejection. A few local governments and NGOs are trying to fill the parental void, but it is just too vast. Some fear that without big reforms by the national government, tens of millions of children will be lost - at a major cost to the nation. Of the 61 million left behind children, a third will get involved in short term or long term criminal activities. Another 20 million might be in mental institutions, short term or long term: "I can't imagine what that will do to China,"warns Joseph Lim of Children Charity International.
FULL SYNOPSIS
TRANSCRIPT