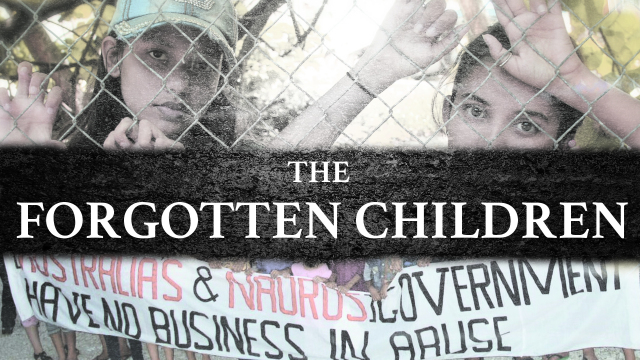 The island of Nauru is home to more than a hundred child refugees, stuck in asylum limbo. Harsh Australian border controls have led to the incarceration of adults and children alike on remote islands hundreds of miles from the mainland. Detained sometimes for years on end, surrounded by fences living in tents, many of these children see little hope of fulfilling even their most basic dreams of living a normal life with freedom and dignity.

"It's death by slow torture. It's just how the place is set up - to make people go mad or just make people die inside." Teacher Gabby Sutherland is breaking Australian law by talking about her experiences of working in the Nauru detention centre school. However, she is not the only former teacher speaking up against the treatment of these children. Judith Reen corroborates her indictment: "The harm is permanent. The damage is done for these children."
These difficult conditions are the price children must pay for seeking safety in a new country. Misbah, only thirteen, describes with a world-weariness beyond her years the threats she faced in her home Myanmar from the hands of persecutors: "they rape the girls, they kill the boys, and they burn the houses." Trying to escape this fate has been rewarded with over three years' detention at the hands of an unsympathetic government.
It is not just the government that has shunned these vulnerable children - local attitudes have turned hostile to people stationed there against their will. Misbah recollects the threats made by local youths, "they showed us the knife and said, 'don't come here anymore... this is our country.'"
FULL SYNOPSIS
TRANSCRIPT