Globalisation : The Haves and Have Nots 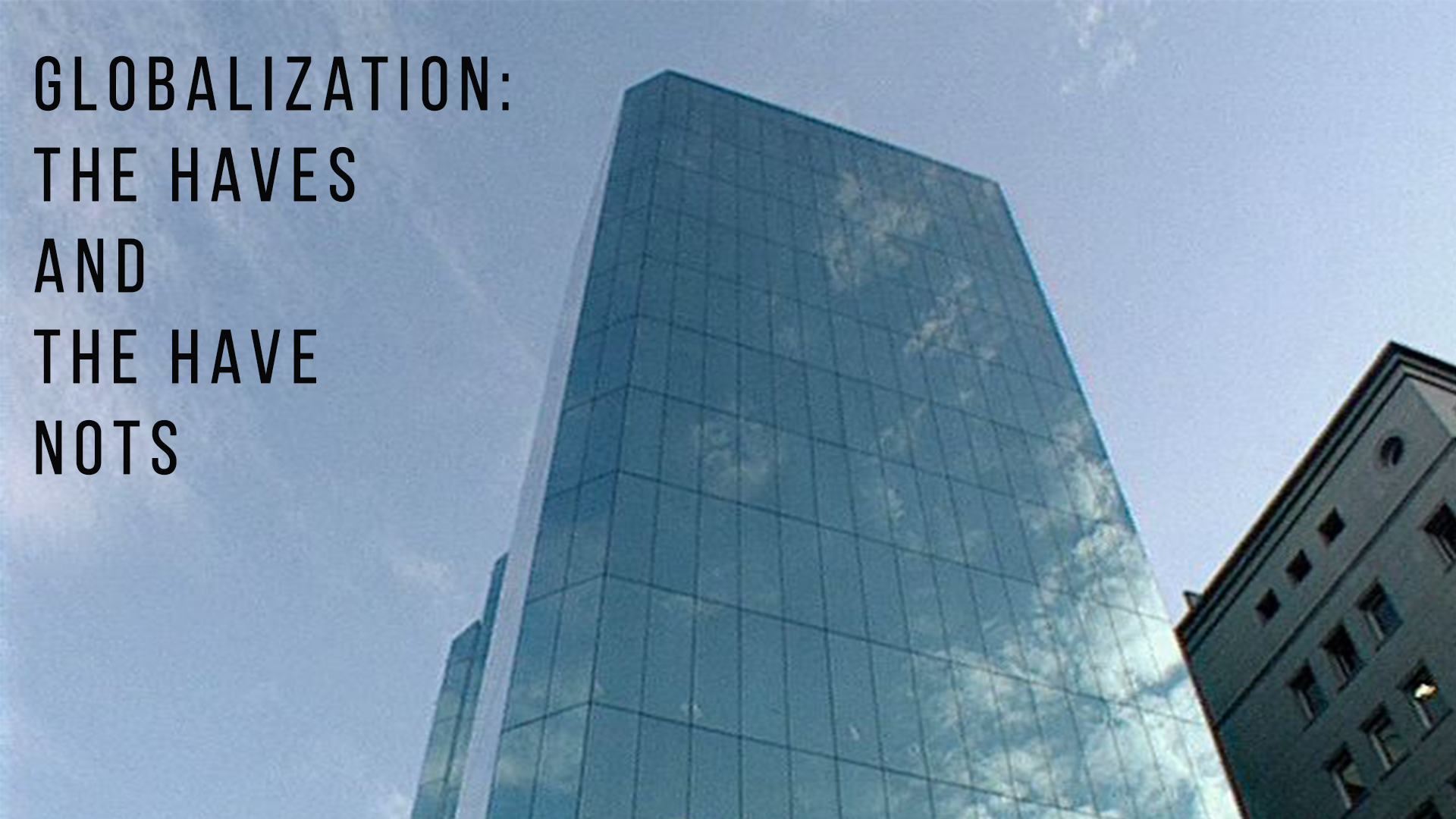 The 1999 Seattle WTO protests constituted the first major effort in the US to protest the dramatic effects of globalization. This film goes around the world, documenting the extraordinary wealth and poverty that globalisation has brought about.

In 1999 Seattle was besieged by 40,000 labour, environmental and human rights activists, claiming the WTO puts too much emphasis on 'free' rather than 'fair' trade. Not since the Industrial Revolution has the workplace been so dramatically restructured. Globalization has been a triumph for the corporate giants and for e-commerce. But the explosion of international trade has also meant jeopardising jobs, forcing out local industries and an ever greater impact on the natural world. The scale of the Seattle protests took the world by surprise and was proof for many that it's time to re-examine the global economic machine. 30 years ago there were just 7,000 international companies; today there are more than 50,000. Multi-nationals are now more powerful than some governments: the sales of 10 of the world's largest companies exceed the GNP of the world's 100 smallest countries. But globalization is reckoned to have brought up to 3 billion people out of poverty since world war two. We travel to India's silicone city of Bangalore to meet Mr Big, founder of the computer giant Infosys. Operating a world class computer corporation in a country without modern phone lines or reliable electricity isn't easy. But Infosys has gone from a $240 start-up 17 years ago to a $1.5 billion software exporter today. Proof that globalization has raised living standards in developing economies. Yet it has undoubtedly led to a shift in production to countries where social and environmental standards impose the least constraints. Thanks to the NAFTA, or North Atlantic Free Trade Agreement, hundreds of US manufacturers have decamped to Mexico, where wages are dirt cheap. They pay their workers less than $30 a week. Workers live in grinding poverty, in cardboard houses. "The salaries are an offense to humanity." Globalization has given people jobs and skills, but they want more. The villages of the Nigerian Delta rely on fishing and agriculture for food. But the once pristine jungle is now littered with oil spills. "Land is not just some factor of production to be exploited and wasted. It's where our gods are supposed to reside". Shell recently lost a third of Nigerian production, as angry communities chased away staff and seized vehicles. Many Nigerians call Shell Oil's operation 'environmental racism,' and say it's time Western companies respected Western norms. The IMF and World Bank were formed to oversee post-war reconstruction, foster financial stability, and control international capital flows. But many today see these organisations as puppets of already powerful nations. Last year the World Trade Organisation ruled in favour of American multinationals in a dispute over banana exports to Europe. For the 200,000 Caribbean banana farmers in some of the world's poorest countries, like Nioka Abbott, "it will mean doom". We discover that the global economy has developed so fast that international law is failing us on several issues. We urgently need new laws to regulate GM food and stop over-fishing. Many of the contradictions of globalization are seen in China: the world's fastest growing economy. China has celebrated 50 years of Communism, and yet welcomed Capitalism with open arms. Amway, short for 'the American Way', sells American cosmetics door-to-door. It's now massively popular, and recruits swap sales secrets at near-spiritual gatherings. Yet those who call for labour rights or free unions still risk hefty jail terms. We meet dissidents who have been jailed for campaigning for workers' rights. They paint a picture of a paranoid state, ready to be overthrown. "If this situation continues more large-scale upheavals may appear in China," warns one. China wants to join the WTO, which will bring more pressure on China to improve its human rights. Whilst business puts profit before the needs of the poorest, governments have shown a powerful conscience. In 1999 the most powerful nations agreed $100 billion debt relief from the year 2,000. The challenge of globalization is to bring health, wealth and democracy to all. The Seattle police fired tear gas and rubber bullets on protesters, but every visiting government would have heard the cries for more social justice in global trade. Produced by Journeyman Pictures
FULL SYNOPSIS
TRANSCRIPT