Story of a Sniper 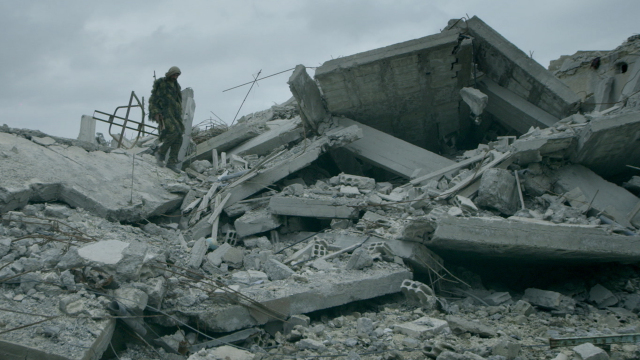 Look through the sniper's lens in this report of one man's nomadic and deeply personal battle against IS. The brutal realities of modern-day Syria are laid bare in the shadow of a solitary fighter.

"Snipers like to be alone," says Haron Ayaz. His is a difficult and dangerous existence. But Haron felt he had no other option. "IS attacked our country," he reasons. "That's when I decided to go to Kobani to defend it." Amidst the rubble of the city invaded and destroyed by the so-called Islamic State, Haron prowls derelict buildings with only his rifle for company, searching for a vantage point. "I try to guess the distance between myself and my enemy...A sniper has to be good at math", he says. He relies on instinct, but in his personal fight to protect the next generation of Syrians, he is wracked with guilt: "sometimes they turn out to be children". From the distant shot to the close up kill, we experience the terrifying life of a lone killer.
FULL SYNOPSIS
TRANSCRIPT