Stalin Thought of You

A political cartoonist, his murdered brother, and the dictator they worked for 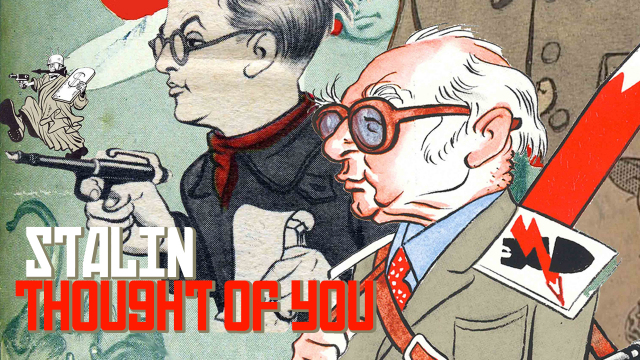 “At that time, nobody reacted to anything and in general talked as little as possible about it.” Boris Efimov’s appraisal of life in the Soviet Union smacks of fear and foreboding, of censorship and state intervention. It is surprising, then, that he enjoyed such success and, more impressively, such longevity in his role as a political cartoonist for the Soviet press. Publishing his first cartoon in 1916, Efimov went on to cover the Second World War – during which the Nazis were told to hang him on sight should he be caught – as well as the Nuremberg Trials and the superpower clashes of the Cold War. A browse of Efimov’s published work demonstrates a seemingly inexhaustible supply of jokes and images, which he deployed against characters as wide-ranging in nature and origin as Tsar Nicholas II and George Bush.