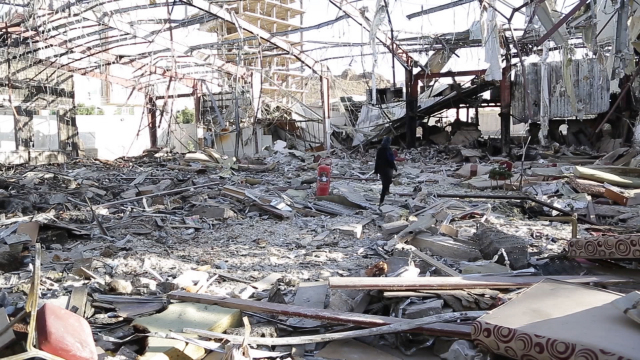 Over 140 mourners were killed at a Yemeni funeral hall in the Saudi-led coalition's October 2016 air-strike. This report examines the coalition's role in deploying Western-made bombs on the civilians.

"People were on fire. People were torn apart", says 14-year-old Hussain, recounting his horrifying experience of the airstrike. The bombing raised serious questions for Saudi Arabia's allies, the US and the UK, about the conduct of the bombing campaign. The Saudi military say the deadly attack was based on "incorrect information", but former President, Ali Abdullah Saleh disagrees: "this was planned...".
FULL SYNOPSIS
TRANSCRIPT