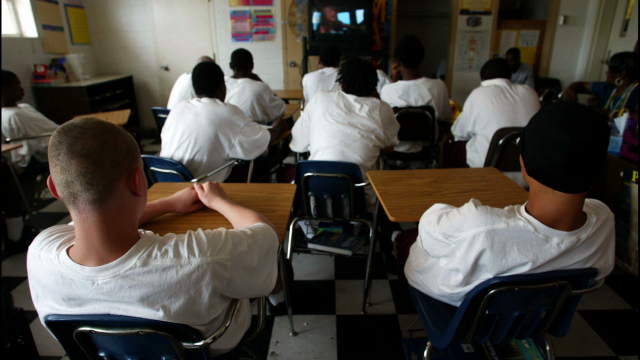 In New York alone, 2,135 16 and 17-year-olds were sentenced to adult prisons in 2015. Once incarcerated, the negative impact of jail-time can be almost impossible for young people to escape.

Giles spent his 18th and 19th birthdays behind bars for a crime he was eventually cleared of, but only after he had served 28 months in an adult prison, rather than a juvenile detention centre. "It's pretty vicious in there. You've got rapists, murderers...you never know what could happen." Mandatory minimum sentences and a clampdown on drug-related crimes have resulted in "generations of people who carry the stigma and the trauma of that criminal process". Charities and NGOs work hard to rebuild young lives, working to reconnect young offenders with their families and the education system. This process is fraught with complexities however, with some teenagers stating that they aren't afraid to return to prison whilst others lack the family support needed for successful rehabilitation.
FULL SYNOPSIS
TRANSCRIPT