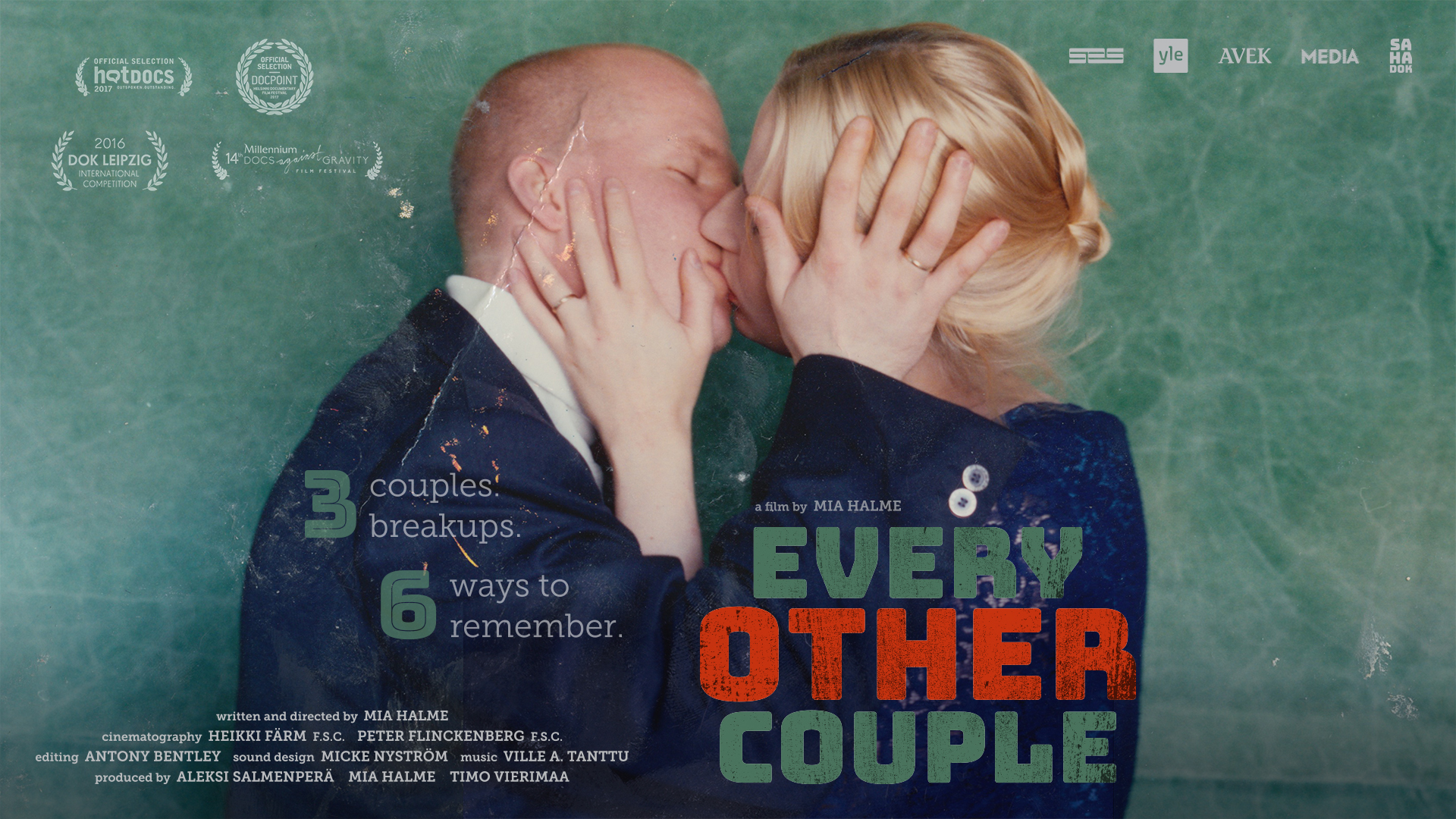 Three couples have one thing in common: they all experienced that moment of realisation when it became clear that their marriage was over. Beyond that moment, the possibilities were endless. From anger and isolation, to kindness and reconciliation, this intimate exploration of divorce documents the vast range and capacity of human emotions, and the diverse approaches that people take when faced with the breakdown of relationships.

The breakdown of Kaisa and Ville's marriage begins in violence: "I told Ville I knew... I told him I read the chat messages ... I kicked the walls, I yelled at him because I was scared ...I told him I'd break all his instruments. I slashed his banjo with scissors." Kaisa describes the shock of loneliness after years of companionship: "At the moment I want to feel the skin of another person; different skin. Skin only. It doesn't matter whose." Ville is struck by regret, wishing they could have done things differently: "I don't think our divorce went well. We did it all wrong." By contrast, Jonna and Ykä describe a slow descent into estrangement, culminating in an unforeseen denouement: "Neither of us knew in the morning that it was going to happen that day. We hadn't planned it but it was a moment of clarity...I had put Easter candies in a bowl for the kids, but Ykä had eaten them all. I threw a massive fit. He got up and said he'd leave." For both parents it is their children that shape their new relationship. Jonna assures her daughter that they will "stay friends and that friends will always be friends." Ykä finds the love that he was afraid to lose in his role of a father: "I already have everything I need. It meant a lot to me that my daughter wanted to live with me." For Sanna and Mikko, family was also the catalyst for forging new relationships after their marriage broke down. Whilst Mikko found marriage counselling productive, Sanna felt trapped and overwhelmed: "It was horrifying. I thought either I'm going to die now or I'm going to survive and still be alive tomorrow." However, they ultimately find a way forward that keeps them simultaneously together and apart - making families with different people, but bringing those families together for the good of the children: "It's like I have two moms and two dads. This is so confusing … It's great." says Hulda, Mikko and Sanna's daughter.
FULL SYNOPSIS

ALEKSI SALMENPERÄ is an awarded writer/director. His films have been twice Finnish Oscar-nominees and twice EFA’s nominees for best European film. His titles include for example The Mine (2016), Distractions, (2015), Alcan Highway (2013), A Man’s Job (2007). MIA HALME is a director and scriptwriter. She has been a professional independent filmmaker for fifteen years and her documentaries have been screened widely in different festivals around the world. Her previous film Forever Yours (2011) was awarded for instance with respected Finnish Jussi prize as the best documentary film of the year and Best Direction -prize in Visions du Réel. She has directed several documentaries about family-related issues; latest film was about children taken into care. Family in many ways is the connecting factor in her filmography. Halme works now also as a visiting professor in documentary at Film School Helsinki.