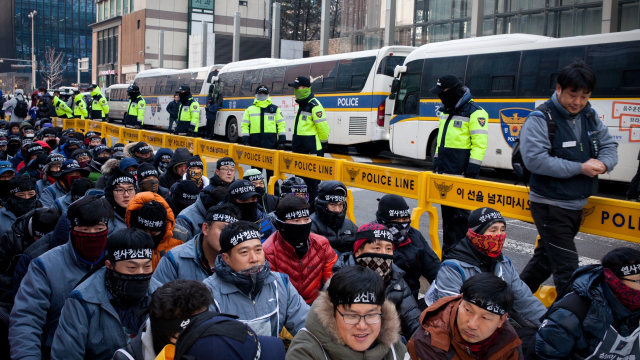 From heavy industry and infrastructure to university funding and theme parks, the extent of the development pioneered by Samsung in South Korea is astonishing. "They are very famous for their electronics, but there is more", intones the female Samsung worker whose life story is almost totally associated with the South Korean corporation. "I live with my family in a Samsung housing complex. We lack nothing", she says. But following an employee's suicide and the death of an engineer linked to dangerous factory chemicals, Samsung crushed the attempts of any workers hoping to unionise. This report exposes the power of corporate culture over the individual.
FULL SYNOPSIS
TRANSCRIPT