On the Campaign trail with Europe's Most Controversial Politician 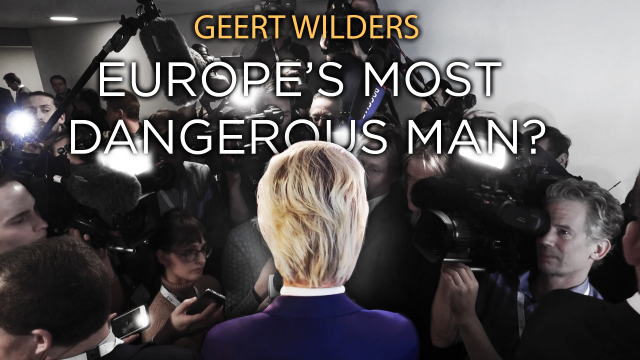 Who is the man beneath the shocking-mane of dyed, peroxide-blonde hair? Whether seen as a Dutch freedom fighter or a purveyor of hate, nobody is short an opinion on Geert Wilders - the man who has set out to overturn European politics. Polished in his tailored suits, Wilders delivers a reactionary message that seeks to drive radical Islam out of Holland, a message terrifying some of Holland's many Muslims. This incisive doc reveals the true character of the man who may well be Holland's next leader.

"Do I have a problem with Islam? Yes, I do have a problem with Islam. I think it's a fascist ideology," he proudly tells the cameras. In a society where tolerance of others has long been promoted, Geert Wilders is unashamed in his disdain for people and cultures whom he believes pose a threat to European values and sensibilities - notably Islam. The first elected politician in history to stand trial for incitement for hatred, Wilders is nevertheless gaining popularity in the Netherlands for his vocal contempt for Islam and immigration. "How do we protect our land and identity from mass immigration?", he asks a cheering crowd at a conference in Koblenz, Germany. "Enough is enough." Wilders was not always the bleach blonde alt-right rockstar he is today. Formerly a member of Holland's Liberal Democratic Party, he was inspired by the anti-Muslim and anti-immigration rhetoric of the assassinated politician Pim Fortuyn. Since his meteoric rise over the past decade Wilders has fully embedded himself within the new cadre of the international far-right, with close ties to Israeli politicians Ehud Barak and Avigdor Lieberman, anti-Islamic civil figures such as Daniel Pipes and David Horowitz in the US, as well as Rick Perry and Steve Bannon, key members of the Trump administration. Writer Bas Heijne sees the likes of Wilders, Le Pen, Farage, and Trump as emblematic of the rise of populism: "With Turkey under Erdogan. In Russia with Putin and in America with Trump. European populism has a completely different context. A completely different meaning and it is being taken much more seriously". Some Dutch Muslims are feeling this shift, and are worried by the fevers stirred up by Wilders. Hafize, a teacher from Turkey, sees parallels with the past: "It comes to the point where I'm thinking of the 1940s, when Jews had to wear a star of David", she continues, "there are lots of problems in Holland, but what does Islam have to do with any of these problems? The country is in a bad state and Islam is the culprit". While Wilders himself has not openly espoused theories of a cultural war, some of his supporters see violence on the horizon. PVV voter Robert believes "Islam is a global threat. Muslims want to conquer the world". Another supporter, lorry driver Jack Poelman, goes even further: "there is going to be a world war between Muslims and non-Muslims… I think Wilders is a kind of Milosevic, I think we will have a Bosnia effect here in five years". As election day looms Wilders continues to fan the flames. Tensions have rarely been higher as voters prepare to go to the polls. The result of the Dutch election has the potential to irrevocably alter Holland's path. Will Wilders emerge victorious?
FULL SYNOPSIS