How Brexit threatens to destabilise the Irish border 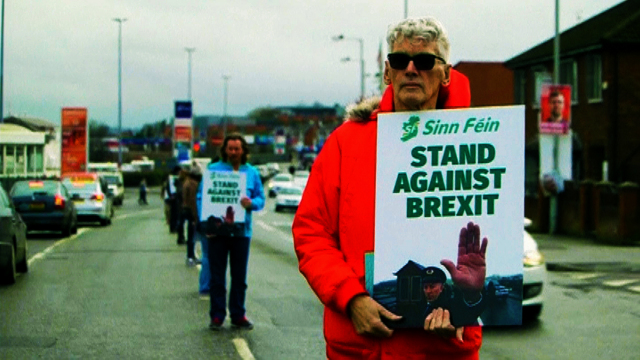 The UK's vote to leave the European Union will have wide-ranging consequences, not just limited to Britain. PBS travelled to the Republic of Ireland to find out how people there will be affected.

The UK is the Republic of Ireland's biggest trading partner, but Brexit now threatens commercial ties. Ian Martin, who runs an independent business, worries, "if we have various tariffs coming into Europe from the UK, it's going to put the cost of my goods up". Brexit also raises questions about the border between Northern and the Republic of Ireland. Since the end of the Troubles, the border has been open - something key in maintaining good relations. But this is now in dispute. Charlie Flanagan, Ireland's Minister of Foreign Affairs and Trade, stresses: "we need to ensure that ... that invisible border is maintained". Ireland will be uniquely affected by Brexit - but as Michael Guinan, an independent farmer, laments: "It's the small people that suffer".
FULL SYNOPSIS
TRANSCRIPT