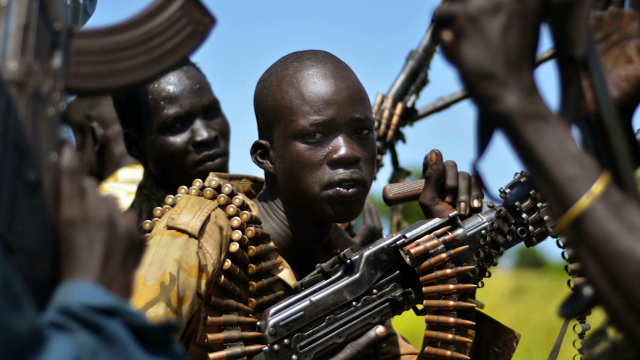 South Sudan became independent in 2011, but the fledgling nation is mired in war and the threat of genocide looms. Over three million people have fled their homes, some escaping the country.

"The government is targeting all the communities who are non-Dinkas. They are grabbing people's land, they will destroy your whole family", says displaced person John Janoub. The conflict has led to a man-made famine, and reports of mass rape and ethnic cleansing. The UN is warning that "half the population of South Sudan are at risk of severe food insecurity this year".
FULL SYNOPSIS
TRANSCRIPT