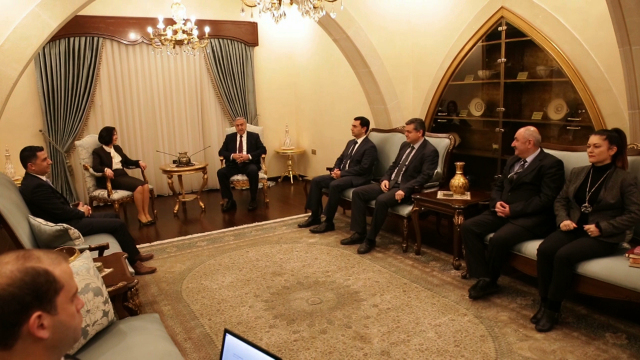 Cyprus remains split between Greek and Turkish Cypriots. Its violent past casts a shadow over the island. Now unification is on the horizon, with issues of economy and security driving negotiations.

The capital city of Nicosia is divided in two, the Greek community separated from the Turkish by an empty street and a history of bloodshed. Turkish Cypriot Abdulah Cangil remembers the 1974 conflict: "it was terrible... Nobody had the courage to travel from one side of Cyprus to another. Sometimes they were taken, killed, and never seen again". Security is a contentious issue, with 35,000 Turkish troops stationed on the island. "It makes no sense to keep troops from Turkey on the island...You have to be reasonable", argues Ioannis Kasoulides. But both sides are hopeful for a peaceful, unified Cyprus - "This is the final stage. Make or break time. Everyone realises this".
FULL SYNOPSIS
TRANSCRIPT