An unfiltered view from the streets of a dying city 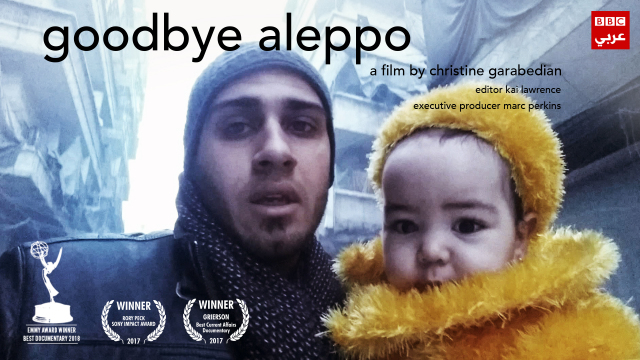 A team of four young citizen journalists document their final days in Aleppo as the battle rages around them. The friends are trapped under a constant barrage of shells as government forces creep further into the flattened remains of East Aleppo. Uniquely told through first-hand accounts, this BBC Arabic documentary is a gripping and heart-wrenching story of defiance and vitality in the face of devastating loss – of family, friends, a city, and a dream.
Winner of the 2017 Rory Peck Sony Impact Award and the 2017 Grierson Award for Best Current Affairs Documentary.