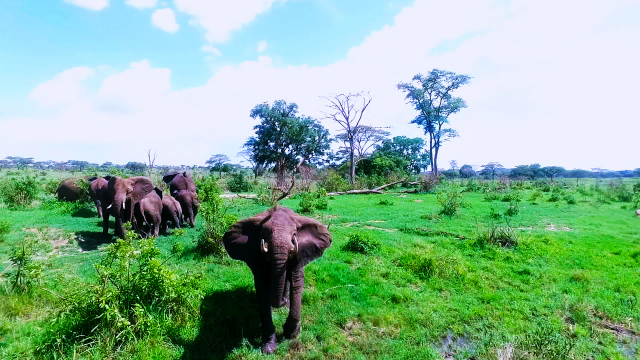 With increasing animal and human populations in the Serengeti, elephant-human clashes have become more violent and commonplace. However, drone technology may hold the solution to an escalating conflict.

"There's no animal we hate here more than elephants", asserts Kusekwa, a Tanzanian farmer who's cornfield was pillaged by an elephant. Villagers have traditionally resorted to crude, sometimes violent means, to keep the beasts at bay, including fences soaked in chili oil and, failing that, gun shots. However, drones now provide peaceful forms of intervention. Julius Keyya from the Tanzania Wildlife Research Institute claims that "the drone is 100% effective".
FULL SYNOPSIS
TRANSCRIPT