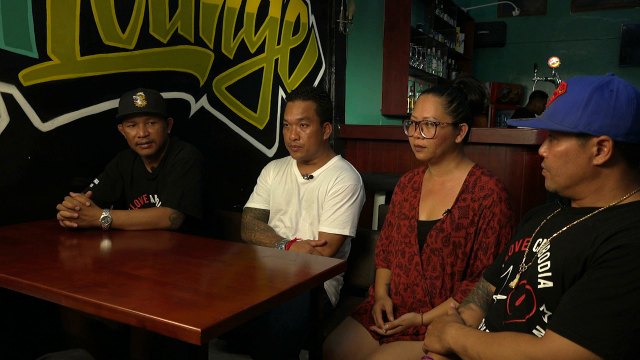 150,000 Cambodian refugees were accepted into the US following wars fuelled by American intervention. Their children now face an uncertain future, with deportation figures on the rise.

"I grew up [on the] 4th of July, fireworks, Spring breaks. I shed tears when 9/11 happened, because I felt like I was American too", says Chandara Tep, the child of a refugee who was deported 13 years after an assault charge. He had no idea his conviction would lead to deportation, forcing him to leave his wife and three children in America. "It changed our lives. We had families...and then knock-knock,'You've got to go, because you're not a citizen.'" However, Tep remains hopeful for policy change. 'One Love Cambodia' is a pressure group aiming to amend the repatriation agreement. Only time will tell if the Cambodian and US governments will come to an accord and reunite Tep with his family.
FULL SYNOPSIS
TRANSCRIPT