The Rise of Joerg Haider

A revealing portrait of a charismatic leader 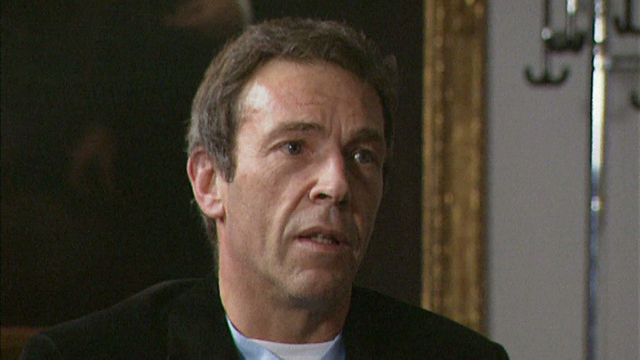 The Rise Of Jörg Haider: A revealing portrait of a charismatic leader.

The rise of Haider's right-wing Freedom Party has sent shockwaves across Europe. Is a new anti-immigrant, anti-EU European right making its debut? On the frontline of Fortress Europe we watch one desperate man make his dash for freedom across the Austrian border. 42,000 refugees were apprehended crossing here last year, no one knows how many made it through illegally. And it's this level of migration that is fuelling the xenophobic fervour being so skilfully stirred by Jörg Haider. In a revealing interview, the charismatic Mr Haider eschews his anti-foreigner policies. He dismisses the very idea of multiculturalism. "Someone who comes has to accept our way of life. We are an open society, we invite people to be Austrian." It's a sentiment that's playing well to a nationalistic youth; the Freedom Party won 40% support from the under 30s in the last election. "He has the touch of a young man," enthuses the head of the party's youth wing, "we want to solve first the problems of Austrians - of our own people." On the streets, those 'foreigners' are beginning to feel the winds of change. Doran Rabinovic is a writer and a Jew. His community has reported a ten-fold increase in harassment and abuse since the election, and he rejects Haider's apologies and backtracks on the issue of race as a political ploy. "He knows very well that people vote for him only because of his racist motives and this is his policy - his policy is to strengthen the problems of every day life to make out of social problems ethnic problems." At a Viennese refugee welfare centre, the director has also noted a shifting perception of her work. "In '91 it was like 'oh you're helping people'… a Mother Teresa theme. It changed towards 'oh do you think it's right to bring in foreigners?'" In many ways Haider is just the latest of Europe's far right leaders to exploit the xenophobia of fortress Europe but he is also by far the most successful. If opinion polls are to be believed he would win another election as the largest single party. He clearly has his sights set on becoming the next Chancellor. Produced by ABC Australia
FULL SYNOPSIS
TRANSCRIPT